Actress Park Bo-young Impresses Viewers with Bright Side of Herself 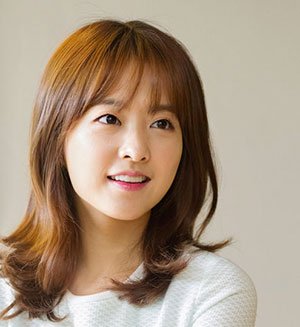 Actress Park Bo-young showed off her bright side with another lovable character in a recently-ended TV series.

In the series, "Strong Woman Do Bong-soon", which ended in mid-April, Park played a bubbly and loving girl who was born with superhuman strength and the series pulled in impressive ratings.

"When I first read the script of the series, I thought it would be fun. Moreover, I know I'm not that tall, so it was great to have a chance to play a shy and timid girl who helps the weak with her supernatural power. And I'm now even more happy that it worked out better than I expected", Park said.

"When I choose films, I tend to choose the one I want to do rather than what fans want me to do", Park said.

"Even though I have played several dark characters in films, fans always remember me as a very cheerful person somehow, which is somewhat different than me in real life", she said. "It might be because I try to be dramatic to impress viewers".

"Actress Park Bo-young Impresses Viewers with Bright Side of Herself"
by HanCinema is licensed under a Creative Commons Attribution-Share Alike 3.0 Unported License.
Based on a work from this source