Actress Seong to Get Married in December 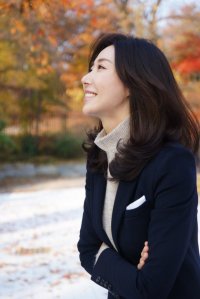 Actress Sung Hyun-ah will tie the knot with a businessman in December. The wedding ceremony will be held at 1 p.m. on Dec. 9 at the Paradise Hotel in Busan.

The 32-year old Seong will marry a businessman named Hur, who is a year younger than her. However, no other details regarding her fiance are being disclosed.

The wedding will take place in Busan at the request of her future husband's family who has ties there.

Seong met her fiance in March through a mutual acquaintance. Both their parents are supportive of the marriage. Her future mother-in-law reportedly liked Seong so much that she wanted the couple to get married this year.
Seong is known for her strong, sexy roles in Kim Ki-duk's "Time" and Kim Tae-eun's "The Intimate" ("Lover"). She also starred in "The Customer is Always Right", "Cello", "The Scarlet Letter" and "Woman is the Future of Man".

She finished third in the Miss Korea beauty pageant in 1994. Seong has appeared in a handful of dramas, such as the MBC drama "Heo Jun" in 1999 and "Bad Woman, Good Woman" this year.

"Actress Seong to Get Married in December"
by HanCinema is licensed under a Creative Commons Attribution-Share Alike 3.0 Unported License.
Based on a work from this source