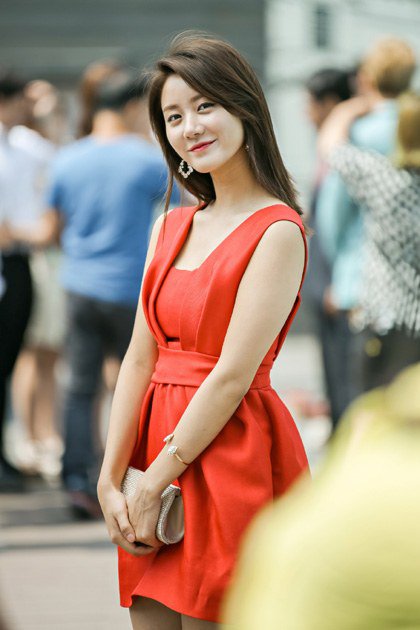 Various female stars in the show biz have been wearing outfits designed by Ko So-young.

Cable channel tvN drama "Marriage Over Love" stars Han Groo and Han Seon-hwa appear in the drama wearing Ko So-young's designs. Many fans and viewers who take interest in the fashion they bring out in every episode.

Ko So-young launched her fashion brand KO SO YOUNG last year. She's directing her brand with all her passion as it's her name on the line.

According to sources, Ko So-young's clothing line doesn't have an official offline store, they're only created in small quantities. Her fans and top stars alike have been seeking her designs. Apparently, Ko So-young designs them as if she's going to wear them herself. Hopefully she will be soon featured in an upcoming drama or movie.

"Actresses are intrigued by Ko So-young's clothes"
by HanCinema is licensed under a Creative Commons Attribution-Share Alike 3.0 Unported License.
Based on a work from this source