Actresses have nowhere to stand 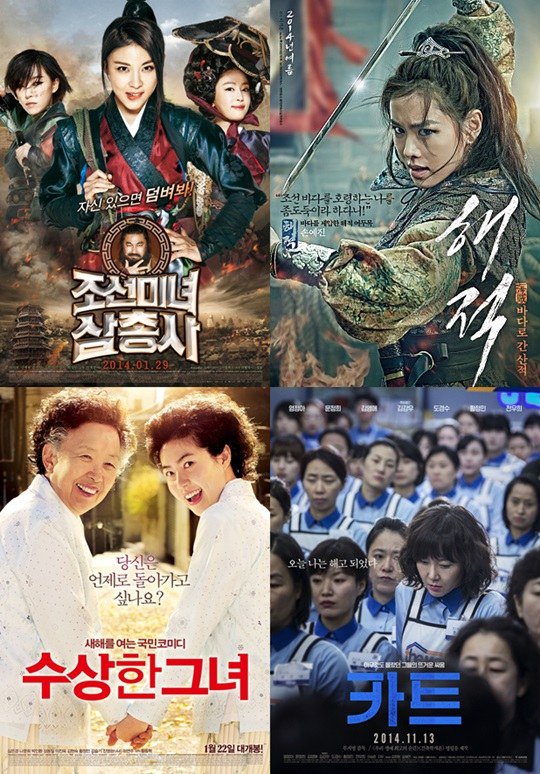 There's a saying; 'there's no place for an actress'. There aren't that many movies that stand out for actresses this year.

Last year, actors stood out with the movies "The Terror Live", "The Face Reader" and "Secretly and Greatly". This year was no different with "KUNDO : Age of the Rampant", "The Admiral: Roaring Currents", "The Fatal Encounter", "Haemoo", "A Hard Day" and more. The majority of the audience remembers that these movies were based around men.

Therefore, there's a limit to which role an actress can play. Most roles are female characters that assist the male. It's basically a supporting role.

Meanwhile, there's a problem because of the limited genre. The production companies are saying they need to widen their eyes a little bit as the women have no variety of roles to choose from.

Moon So-ri pointed out a few things. She said, "For men, there are many different styles to being a gangster, but for women, it's just a bar madam or a mother".

Kim Yunjin mentioned, "It's a wake-up-call for us women and the agencies also need to think more diversely".

Then, some 'actress' movies were released. "The Huntresses" is based around female action but failed miserably. "Pirates" starring Son Ye-jin succeeded, but it can't be called hers because the cast was made up of Kim Nam-gil, Yoo Hae-jin, Oh Dal-soo and other talented men.

Thankfully, Shim Eun-kyung made a hit with "Miss Granny" all by herself.

"Cart" was a newly attempted movie showing the various sides of a female character. In the movie there's a mother, but various kinds. Thus, if ideas were expanded a little more, actresses will have plenty of roles to choose from.

Still, there's little room for change. It doesn't look like there's going to be much of a difference in 2015. It's like there's a shortage of films starring women who stand out. 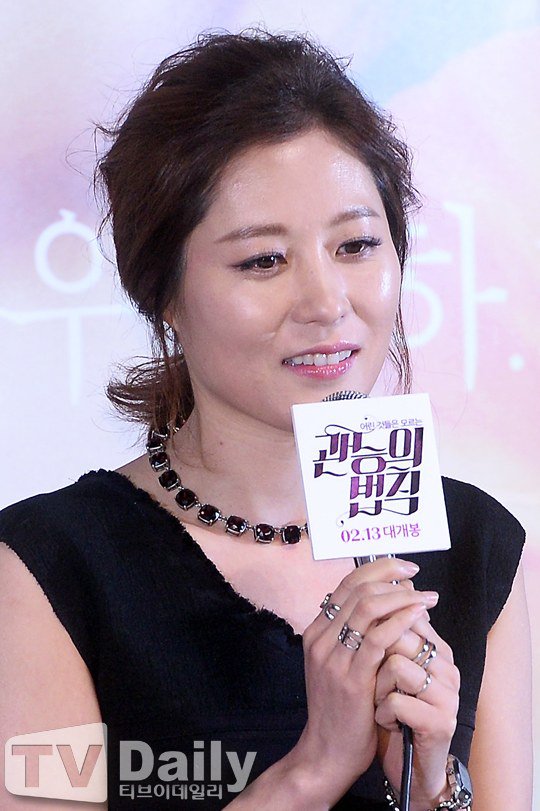 "Actresses have nowhere to stand"
by HanCinema is licensed under a Creative Commons Attribution-Share Alike 3.0 Unported License.
Based on a work from this source