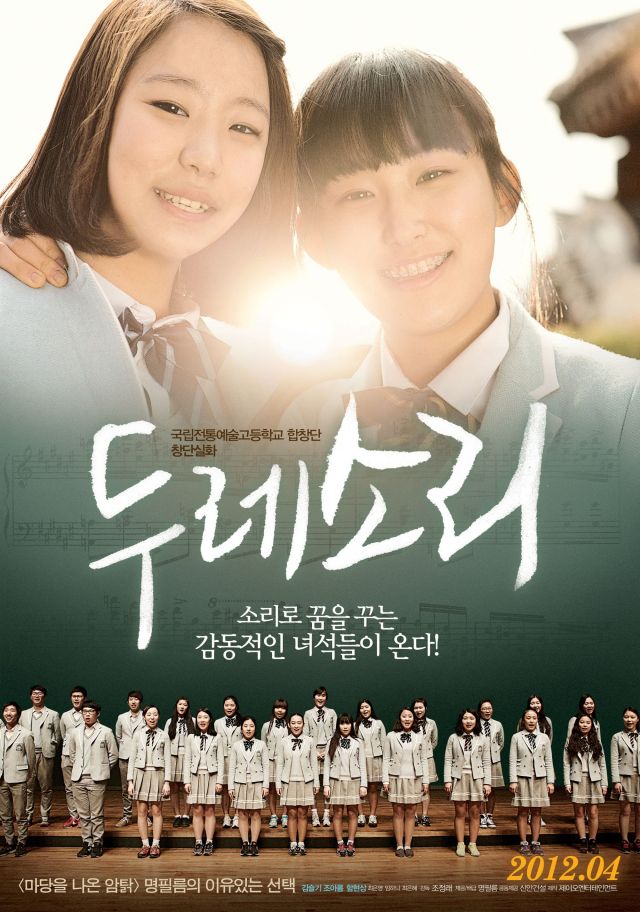 Synopsis
At National High School of upcoming Korean Traditional Arts, the teacher Ham is in charge of the special class, but he is always in conflict with his students as he majored in Western music. One day, the performance is canceled and it breaks the choir up. A-reum is depressed from having failed to enter a university and she splits up with Seul-gi after a quarrel. Meanwhile Mr. Ham and the rest of students make a decision to participate in a chorus contest and prepare...
---
Jo Ah-reum and Kim Seul-ki who major in folk songs and pansori (dramatic singing) in the National Customs Arts School, are best friends. Ah-reum lost her parents early and spends a difficult school life living with her aunt. On the other hand, Seul-ki who is a descendant of a pansori family is elite on the outside but is always pressured by her cultural asset grandmother. The two lack in number of attendances so they have to take summer classes. The ministry of education dumps an upcoming performance on a new composing teacher Ham Hyeon-sang and the special class plays the role of a choir too. Ham majored in Western music and conflicts with the children but slowly they open their hearts to each other and become one. (2011 The 13th Seoul International Youth Film Festival)