Added new videos and images for the Korean documentary "Mother - 2011" 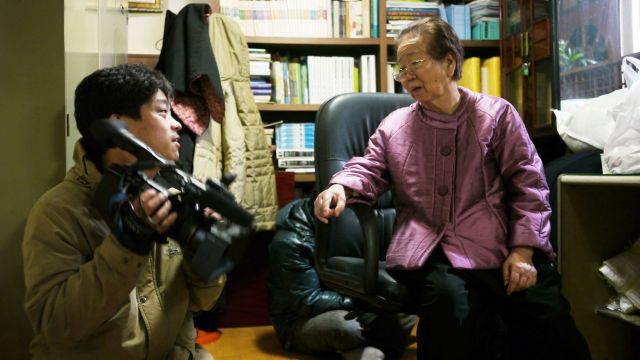 Added new videos and images for the Korean documentary "Mother - 2011"

Synopsis
On narrow streets of Changsin-dong are people living along. And a grandmother. She is Madame Lee So-seon (her name means 'a little angel from the sky'.). After the death of her son, Martyr Chun Tae-il, she stood by those who were living painful, harsh lives. She has lived a beautiful and wise life. She was always upright and honest. She was a mother for everyone who dreamed of a humane world. And there are Baek Dae-hyun and Hong Seung-yi, actors who tried to portray the last moments of Chun Tae-il and Lee So-seon with every fiber of their bodies. They have sublimated the pain and scars into beautiful art. What would Lee So-seon mean to them? "Everyone, thank you". The film, "Mother", is the last laugh, the last cry, and the last message she left for the world through the camera.

Director's Statement
In the beginning, it was to find some sort of comfort in a time of insecurity and crisis. I wanted to be consoled by a woman that everyone calls "Mother",and the camera was just an excuse. Slowly and gradually, I reached out to her and started learning about her not by words or rumors but by my own senses. She was an ordinary grandmother. Should I portray her from the media's point of view? I was confused at once, but somehow I ended up owing much to her. I came to understand the time we are living in, and she started opening up to my camera and me. But she could not beat time, and she is no longer here. Far from getting comfort, I was often scolded and sent to run errands for her. Now the initial intention is already long forgotten. Just because I was by her side at her last moment, I'm faced with the responsibility of comforting the world. I have to deal on my own the sense of loss that I feel – the loss of a person who twinkled and united people's hearts with her own fragrance. 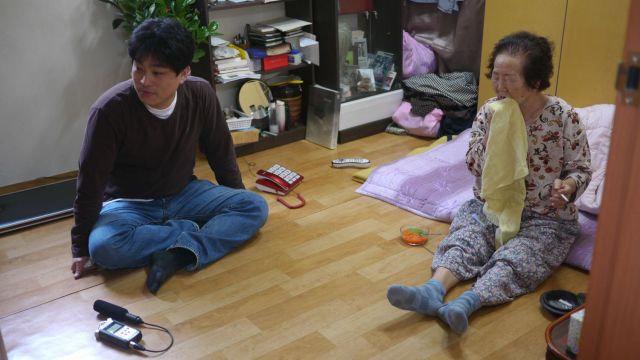