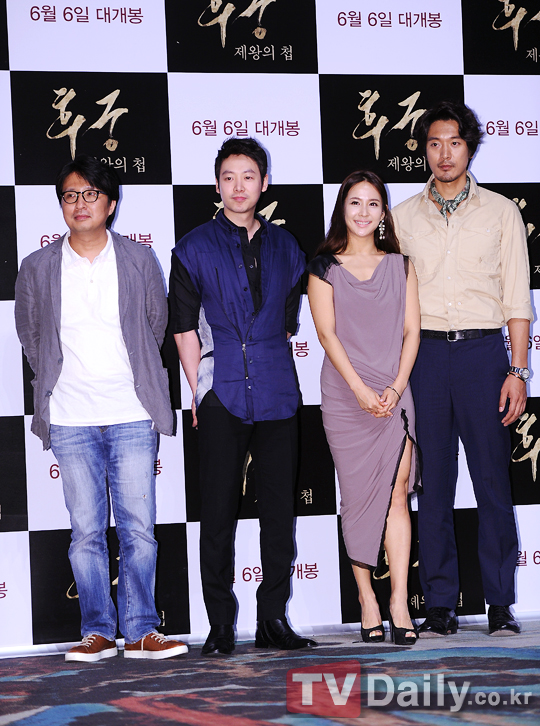 Director Kim Dae-seung from "The Emperor's Concubine" explained about the difference between the adult rated movies "A Muse" and "Taste of Money".

When director Kim was asked about the difference between "A Muse" and "The Taste of Money", he said, "I won't compare them with my movie because I respect the directors very much".

He continued, "The two directors have their very own philosophies so I think they made excellent movies. The difference between them is the process of expressing".

He said, "Jeong Ji-woo from "A Muse" is very fine in lining and quality and he is excellent in referring. I haven't watched "The Taste of Money" yet but I am looking forward to it as I know Im Sang-soo and how he makes his movies".

"The Emperor's Concubine" was made with a step forward from what I have done so far. I think the music, costume, art, the message and the excellent cast is what we have to show off".

Cho Yeo-jeong took on the role of Hwa Yeon, who entered the palace as a concubine due to misled love. Kim Dong-wook takes on the role of the emperor who only longs for Hwa Yeon whom he can't have and Kim Min-joon plays the role of Kwon Yoo, a man who conflicts between love and revenge.

"Adult rated "The Emperor's Concubine" VS "A Muse" VS "The Taste of Money""
by HanCinema is licensed under a Creative Commons Attribution-Share Alike 3.0 Unported License.
Based on a work from this source