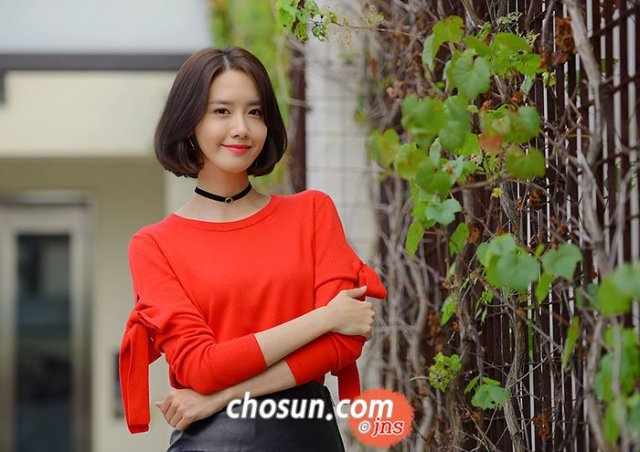 This year has been a special one for Yoona, as it marks the 10th anniversary of her debut in showbiz as a member of Girls' Generation and as an actress. Over the past decade, she has made successful careers in both fields given that it's extremely hard to make a name in just one area of showbiz.

Having recently finished a long period series, "The King in Love", she finds herself wanting to grow more as an actress.

"It was a long project, and my character experienced a wide range of emotions. I received a lot of encouraging feedback. I think it sustained me and motivated me to become a better actor", she said.

"My main consideration when it comes to choosing a project is whether I think I can do it well", Yoona said. "I've had many offers to do a romantic comedy, but I haven't found a character that would suit me at my age. I'd love to do one of course, if I find a suitable character that's a good fit for me".

When it comes to acting, Yoona says, she feels hungry for more roles and experiences.

"I actually made my debut in acting a month before I debuted with Girls' Generation. But I haven't built up a filmography extensive enough for those years. I still have so much to learn about acting". She said. "I want to be an actress with a unique quality, so that people someday will recognize me for my irreplaceable strengths".

"After 10 Years, Yoona Says She's Still Learning About Acting"
by HanCinema is licensed under a Creative Commons Attribution-Share Alike 3.0 Unported License.
Based on a work from this source