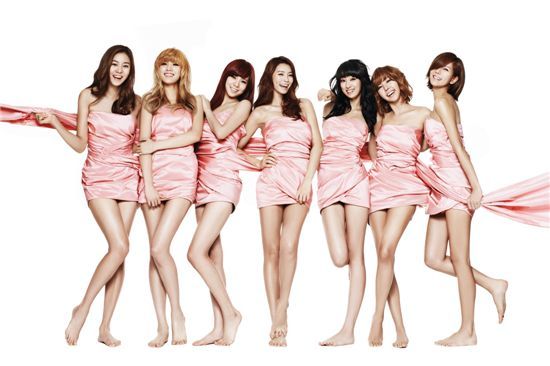 A segment of the title track to Korean female idol group After School's Christmas album was surprise revealed yesterday.

A 10-second snippet of "LOVE LOVE LOVE" from the girls' Christmas album "HAPPY PLEDIS The 1st Album" was unveiled yesterday on radio show "Bang Bang School" hosted by After School sub-unit Orange Caramel which can be heard every Wednesday night on their official website.

"LOVE LOVE LOVE" is featured in their upcoming record set to go on sale on December 7, as part of the event titled "Happy Pledis" which aims to return the support Pledis' artists have received from fans.

On Wednesday, Pledis revealed the cover of After School's Christmas album featuring members UEE, Juyeon, Kahi, Nana, Jungah, Park Soo-ah and Raina but without Beka, raising questions on her whereabouts.

However, an official from Pledis told 10Asia over the phone that she was on vacation. "Beka will be taking time off from the group's activities for two to three months, staying at her home in Hawaii since she hasn't been back for three to four years from pursuing her singing career".

After School splashed into the music scene with their first single album "New Schoolgirl" in January 2009. They gained popularity through their second mini-album "Because of You" and latest release "Bang!"

"After School releases teaser for new song"
by HanCinema is licensed under a Creative Commons Attribution-Share Alike 3.0 Unported License.
Based on a work from this source