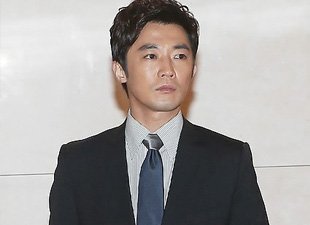 Ahn Jae-wook is slowly, but steadily making a recovery.

After receiving surgery in the US earlier this month for subarachnoid haemorrhage, reports are indicating that Ahn will be released from the ICU soon.

According to his agency on February 26th, Ahn's major surgery was a successful one with CT and MRI results looking good. Ahn will be released from the intensive care unit soon, although doctors are saying it may be too early to tell if he can make the trip back home to Korea any time soon. The plan is that Ahn will be carefully monitored for about 7-10 days following his ICU release to see if he is fit for a long plane ride. If all things go well during that monitoring period, Ahn will be headed back to Korea.

The popular actor had first dropped the bombshell news that he was diagnosed with subarachnoid hemorrhage during his trip to Las Vegas in the US, and had to receive a five-hour long surgery on February 4th.