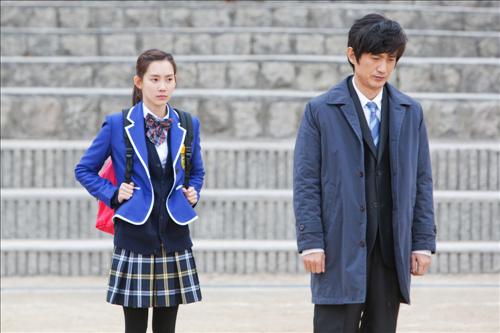 According to SBS, Ahn Nae-sang takes on the role of Han Sang-tae, an orphan who has a strong love for family.

Based on a webtoon by Jung Byeong-sik, "Family Photo" is about the reconciliation between a father and an adolescent daughter.

The story begins when Mi-hwa's father who was thought dead appears out of nowhere right before her wedding.

Mi-hwa is played by Shin Hyun-bin and Ahn Suk-hwan and Song Chae-hwan are also starring in this two-part special.

The production explained, "The struggling of the father shows the preciousness of family".

"Ahn Nae-sang SBS Chuseok Special "Family Photo""
by HanCinema is licensed under a Creative Commons Attribution-Share Alike 3.0 Unported License.
Based on a work from this source