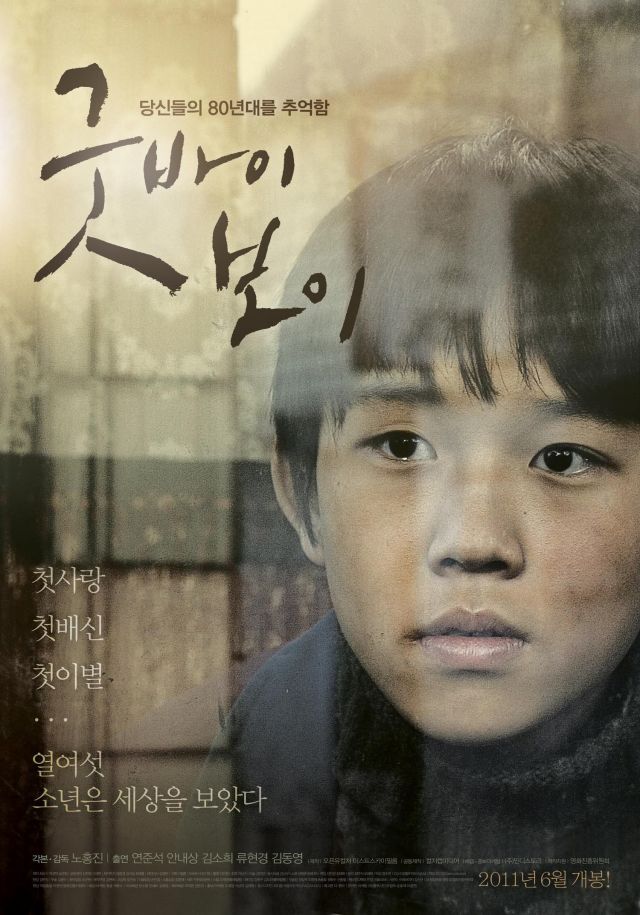 Synopsis
The father leaves home each day bragging at the top of his lungs but crawls back home again each day, and the mother receives him silently. The oldest sister fumes at her mother for the life she is leading, while the female university student who used to rent a room from them has disappeared. Director Roh Hongjin leads us into the life of a family in 1980s, the period focused upon by filmmakers of recent times. 1980s mark the time of military regime and the Gwangju movement for democracy, closely tied to the family's life, yet just a passing reality for the boy living in it.
The character that embodies this period is the father, who leaves home each day bragging. One day he returns home sick. Though he never lived the life he wanted, he used to sing songs to his wife while strumming his guitar. His life is an icon of that period and his son the next, passed down from his father, another wretched course of life to live. But the film suggests the father could not be hated for the lack luster life he handed down to us. (LEE Sang-yong)