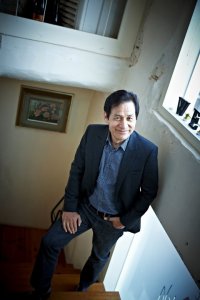 Asiana International Short Film Festival will undertake its 6th edition from November 5 until the 11th at Cinecube, located in Gwanghwamun, Northern Seoul. Under the supervision of Korea's leading actor Ahn Sung-ki, 52 films with up to 30 different national identities were selected for the international competition section out of 1,743 submissions from 69 countries.

Korean PARK Jay's Seven Superheroes vs. Monster F, and French Elizabeth Marre and Olivier Pont's Manon on the Asphalt will kick off the festival. This year's Asiana will also screen short films of illustrious filmmakers, including Wong ar Wai and Andrei Tarkovsky.

Out of My Intention (YOO Ji Tae)

Who is it? (JANG Sae Gyung)

This year, Asiana International Short Film Festival received a record number of submissions. Out of the 1,743 short films, 448 were local productions and 933 international films. Domestic submissions were 18% up compared to last year and the international submissions increase was 30%, together a 26% increase.

Most submissions came from Asia (45.4%) and Europe (36.4%). Submissions from South and Middle America, and Spain showed a remarkable increase, while short films from Nigeria, Tunesia, Mali, Azerbaijan, among others will offer a rich palette for audiences to choose from.

The festival shows a wide range of short films, including fiction, documentary, and animation films. Asiana is the only competitive short film festival in Korea. AHN is the festival director and the festival is overseen by Son Sook, the chair woman.