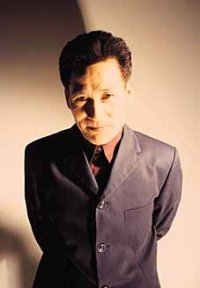 Veteran actor Ahn Sung-ki returns with another leading role in comedy-caper "My New Partner", opening March 6 across Korea. AHN is a face familiar to audiences of all ages, with a screen career that spans some 50 years. By the mid-80's he was Korea's most bankable lead, starring in many of the decade's top films.

In "My New Partner", AHN plays Min-ho, a veteran police detective who winds up teaming with his estranged son Yeong-joon (played by Jo Han-sun), a cold-hearted cop fresh on the job. The pair have a chance to mend their damaged relationship as they try to crack a big drug case in Busan.

My New Parnter has already drawn positive reviews from the local press for its fine pacing and AHN's superb acting. The film is directed by Kim Jong-hyeon who made his directing debut in 2004 with "Super Star Mr. Gam". KM Culture produced the film and is handling its international sales.

"Ahn Sung-ki Charms in "My New Partner""
by HanCinema is licensed under a Creative Commons Attribution-Share Alike 3.0 Unported License.
Based on a work from this source