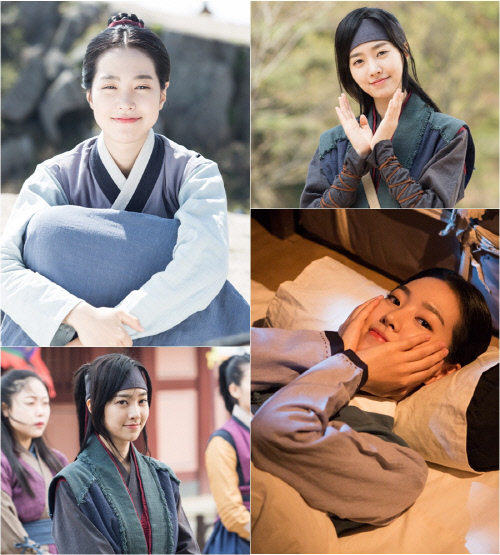 The production for the MBC drama "The Flower in Prison" released four different still cuts of Jin Se-yeon. She's posing adorably with her hands cupping her face and looking lovely just being herself.

Jin Se-yeon's smile steals the light. She's smiling widely with the ends of her lips nearly touching the sky. Apparently, she's the energizer of the team and everyone adores her for her cheerfulness.

The "The Flower in Prison" team says, "Jin Se-yeon just lightens up the mood. She's very loud and clear when she greets everyone on the set and is always smiling. Thanks to her we can expect good results".

Meanwhile, "The Flower in Prison" is a historical drama about a genius girl who was born in prison and her adventure with mysterious man Yoon Tae-won.

""Am I adorable?" Jin Se-yeon's four facial expressions"
by HanCinema is licensed under a Creative Commons Attribution-Share Alike 3.0 Unported License.
Based on a work from this source