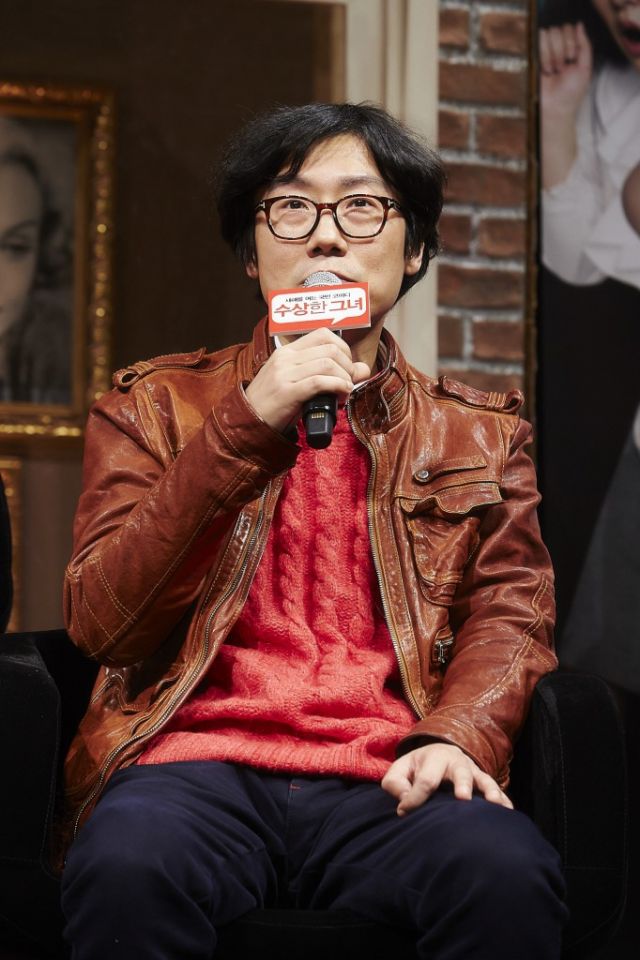 -You have a high-pitched and loud voice.

Im just a fun guy. I crack jokes in this voice and cheer people up when drinking. When I said I would be the director of "Silenced", my friends wondered why I make such a movie.

Both movies are about my family. "My Father" is in line with a short film, which I made while studying in the U.S. I was strongly impressed when my aunt who was adopted by an American family came to Korea to her mother, who is my grandmother. My mother lost her husband at 29 like Na Moon-hee in "Miss Granny". She also lives with my grandmother.

"My Father" is a story of an adoptee (Daniel Henney) meeting his biological father who is on a death row (Kim Young-chul-I). Director Hwang majored in journalism (now, communications) at Seoul National University and studied movies at the graduate school of the University of Southern California.

-I heard that your grandmother shows up in the movie.

Shim Eun-kyung, the heroin in the movie, meets an old lady while changing her clothes at a Jimjilbang (Korean public bathhouse). The old lady is my 96-year-old grandmother. She also played a minor role in "Silenced". I paid her twice this time, haha.

-Its not easy to cast an actress for a role that turns from a grandmother to a young woman.

The draft scenario was about an old lady changing into a glamorous young woman. But the story was so banal and uninteresting. Instead, I changed the character to a bizarre and comic one. Many opposed to cast Sim, who didnt play a major role in a movie. I created a character based on Sim and the story got more interesting".

-Now, I cant imagine the movie without Shim Eun-kyung.

She appeared in "Romantic Heaven" (2011) directed by Jang Jin as a grandmother. Her acting was quite impressive. She is only 20 years old but is great in controlling her emotions. When I said to her, Smile lightly after a drop of tears, she did it perfectly. She has strong presence.

-Whats the message of the movie?

-What if you get a scenario about a social issue?

I dont want to do a movie to create an issue and out of a sense of obligations. I made "Silenced" because I wanted to visualize it after reading the original novel. I wanted to create the atmosphere of foggy Moojin City, the background of the novel. I think the theme should have a feel of a movie.

"An interview with movie director Hwang Dong-hyeok"
by HanCinema is licensed under a Creative Commons Attribution-Share Alike 3.0 Unported License.
Based on a work from this source