Annual DMZ Documentary Fest to Be Held in Late September 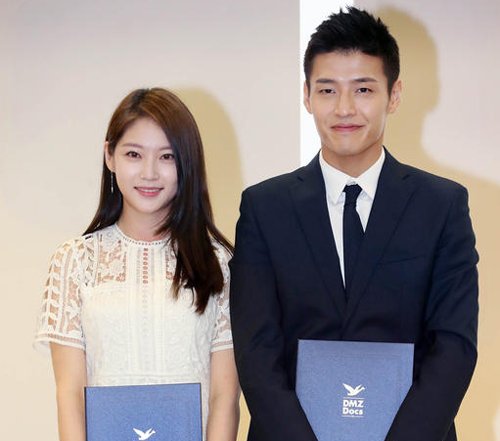 Actors Kang Ha-neul and Gong Seung-yeon will promote this year's DMZ International Documentary Film Festival set to be held from Sept. 22 to 29.

The festival will feature 116 films from 36 countries which will be screened at theaters in Paju in Gyeonggi Province and nearby areas.

"Annual DMZ Documentary Fest to Be Held in Late September"
by HanCinema is licensed under a Creative Commons Attribution-Share Alike 3.0 Unported License.
Based on a work from this source