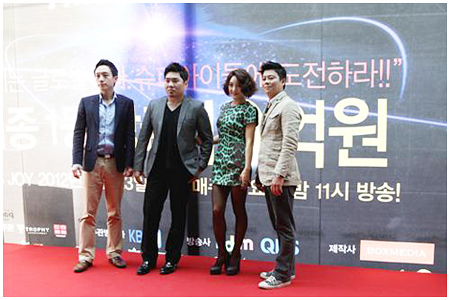 The new audition program entitled "Global Super Idol" will begin from March 23 on KBS Joy following other audition programs such as "K-Pop Star" and "Voice Korea". The cable channel KBS Joy will broadcast the audition program to find an idol who will hold activities all around the world as the title of the program says, and the winner will be awarded the prize money of a billion won and debut as an idol group by joining the agency Core Contents Media, to which stars such as T-ara and Davichi belong. At the production presentation held in Shinsadong on March 15, the chief producer Im Yong Hyun said, "There are many audition programs out there, but the audition program is still a very attractive program for broadcasting companies. We have the goal to find an idol star who will begin activities in Korea, Thailand, and China in the beginning, and continue to appear in the world music industry in the end while singing K-Pop". He revealed that he had tried to distinguish the show from the previous audition programs, and he said, "We will not just select only one singer and make him or her debut, but we will make a new idol group with talented group members. We give a billion won to the winner, and I worry whether the winner will not debut as a singer because the winner will already have received so much prize money". 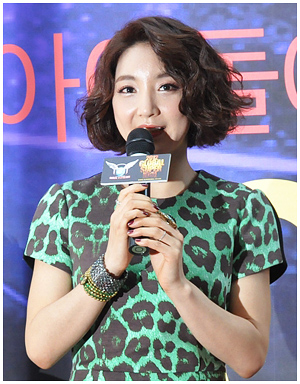 "Global Super Idol" had auditions not only in Korea, but also in Thailand and China. The twelve members who were selected during the local auditions in other countries will join the other twenty members who were selected from the audition in Korea. They will all live together in a training camp while they hold competitions. The representative of Core Contents Media, Kim Kwang-soo, Bada of the group S.E.S., Lee Jae-hoon-II of the group Cool, and R&B singer Kim Jo-han will be the judges of the audition program. The original girl group member Bada said, "Just like a satellite will soar up to the sky with its wings after launching, we will help the participants to soar up to the sky by helping them as their wings, but it is their responsibility to find their own track in the sky after the wings are taken off. When I was holding activities with S.E.S, the member Eugene was extremely beautiful, Shoo was cute, and I also had my own style. A group has to have its own style including appearance, image, and singing ability as a whole; it will be the most important criteria during the audition. I hope that we can find a group that surpasses S.E.S. 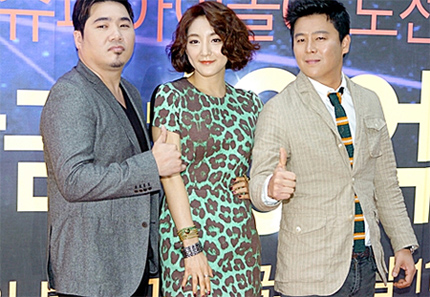 We want the winners to introduce our culture and K-Pop to the world". Lee Jae-hoon-II, who debuted as a group leader of Cool in 1994 and released many hit songs, will make a comeback to TV programs after several years away, and he reportedly lost weight for the appearance on the program. Lee said, "Those winners will hold activities not as an individual but as a group member, so I will see whether they can successfully fulfill their responsibilities as a group member. When we perform as a group, a member who has less ability can make the whole group glitter as a group, and this is the merit of a group activity". He emphasized the cooperation among participants. Kim Jo-han said, "The title of this program is 'Global Super Idol', and the winners have to be 'global' and 'super' at the same time. I hope that every participant will regard this moment as the most important moment in their lives after forgetting all those difficult times from their past".

"Global Super Idol" will be broadcast every Friday night at 11pm. It will have inevitable competition with the other popular audition program "Voice Korea" on M.Net that has more than seven percent of viewer ratings. Producer Im Yong Hyun said, "'Voice Korea' is an audition for semi-professional vocalists, but 'Global Super Idol' will be an audition for pure amateur vocalists who want to become idol group members. We will satisfy viewers who have various tastes and seek something new. It is our program's goal".