Another Celebrity Accused of Rape 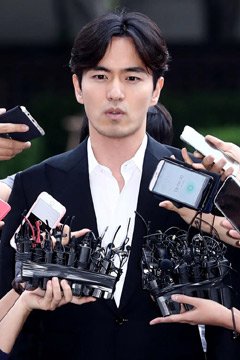 Actor Lee Jin-wook, the chiseled star of several soaps including "I Need Romance 2", is the latest celebrity to be accused of rape.

Police on Friday said a woman in her 30s alleged she and Lee (35) had dinner at her home at around 7 p.m. on July 12. The actor left, only to return around midnight to rape her.

The two were "close acquaintances", police said, though it is not clear whether that means they had been dating.

The woman reported the incident to police the following day and underwent tests.

Police have sent the woman's underwear away for DNA analysis.

The actor's agency denied the allegations and filed a defamation complaint against the woman.

"Another Celebrity Accused of Rape"
by HanCinema is licensed under a Creative Commons Attribution-Share Alike 3.0 Unported License.
Based on a work from this source