Another Music Video by BTS Surpasses 500 Million Views on YouTube 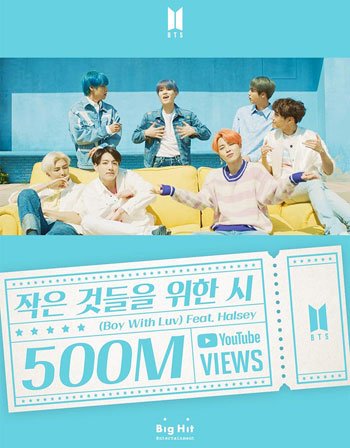 Another music video by BTS surpassed 500 million views on YouTube on Sunday.

The video for "Boy with Luv" featuring American singer Halsey is the main track on their album, "Map of the Soul: Persona", released in April.

The boys now have seven music videos with at least 500 million clicks on the global video-sharing website including the one for their song "DNA", which has garnered over 800 million views.