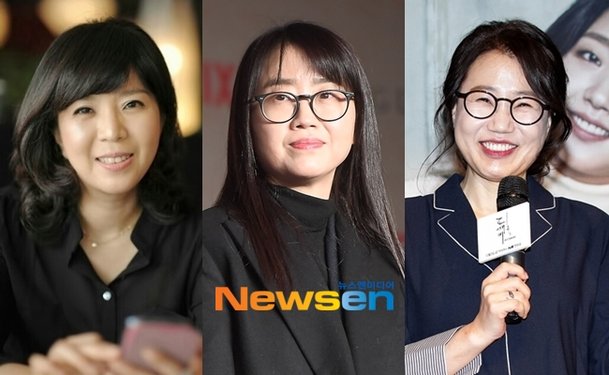 Writers Kim Soon-ok, Kim Eun-hee-I, and Kim Eun-sook, who are great in the Korean drama industry, predicted a hard-working move this year with preparations for new works following last year.

All three writers have released new works continuously without a major break. Therefore, it was often that each person released something in the same year. However, it is unusual for their activities to overlap for two consecutive years from last year to this year. That is why public expectations for the three are higher than ever.

First of all, Kim Soon-ok will continue her activities with SBS' "The Penthouse" which hit the second half of last year. "The Penthouse" focused on the collision of evil people, breaking away from the long-held good and bad composition. The spicy flavor composition, rapid development, and intense character changes have been added. It has succeeded in establishing itself as the best drama with a record rating of 28.8% (hereinafter referred to as Nielsen Korea nationwide).

In particular, "The Penthouse" showed the death of Shim Soo-ryeon (Lee Ji-ah) and Oh Yoon-hee (Eugene) who stabbed herself in the neck ahead of the end of season 1, showing unexpected catastrophes one after another. The season finished with an open ending. This soon leads to viewers' curiosity toward "The Penthouse 2" and "The Penthouse - Season 3".

Kim Eun-hee-I, who led the world to the 'K-zombie' craze with the Netflix "Kingdom" series last year, is preparing for two films this year. Writer Kim Eun-hee-I challenges the genre of saving people through "Jirisan" which is currently confirmed to be in tvN's composition. This is in contrast to the nickname 'knife Eun-hee' which was created due to her tendency to kill numerous characters in her works. "Jirisan" is a mystery that deals with the story between Ranger Seo I-kang (Jun Ji-hyun) and Kang Hyeon-jo (Ju Ji-hun) who travel around Jirisan Mountain to save people.

At the same time, she is also working on the "Kingdom" series spin-off "Kingdom: Ashin of the North" which contains the secrets of Ashin (Jun Ji-hyun), the warrior who decorated the ending of "Kingdom - Season 2". Kim Eun-hee-I heralded "Kingdom: Ashin of the North" as a story about Han. Park Byung-eun, who played the role of Min Chi-rok in the second season, confirmed his appearance.

Author Kim Eun-sook also announced her new work this year. In April last year, writer Kim attempted to expand her existing drama worldview by drawing a parallel world fantasy with SBS' "The King: Eternal Monarch". However, she showed below-expected writing skills, which were reflected in viewer ratings, which led to poor performance. Therefore, Kim Eun-sook is preparing for her first work of the year to make up for her past slump.

On January 5th, Hwa and Dam Pictures told News N, "Actor Song Hye-kyo will appear in Kim Eun-sook's new drama". Director Ahn Gil-ho, who directed "Secret Forest" and "Record of Youth", also joined. Other details are not known, but they are already receiving a lot of attention as the three big people work together. Expectations are high on what synergies they will have.

"Anticipation for Kim Soon-ok, Kim Eun-sook, Kim Eun-hee-I's Latest Works"
by HanCinema is licensed under a Creative Commons Attribution-Share Alike 3.0 Unported License.
Based on a work from this source