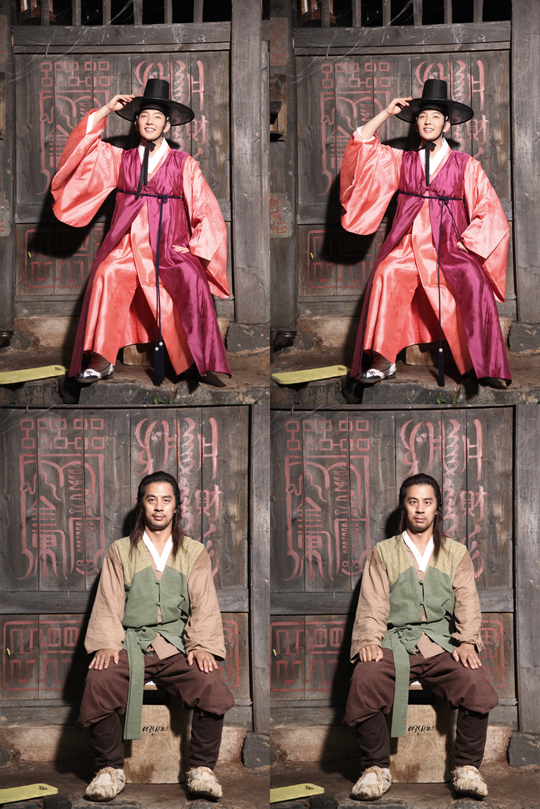 Lee Joon-gi and Kwon Oh-jung from the drama "Arang and the Magistrate" created a 'spot the difference' game.

The production for the MBC drama revealed a still cut of them and 'spot the difference'. They have created a unique present for the viewers.

The two came up with this idea during time outs. They created two different but similar pictures on site and the two still cuts that came out slightly different from one another put everyone in a laughing fit.

They were satisfied with their creations

Meanwhile, "Arang and the Magistrate" is getting more and more interesting as Eun-oh (Lee Joon-gi) and Arang (Shin Min-ah) look for the truth. This drama is aired every Wednesday and Thursday at 9:55PM.

""Arang and the Magistrate" Lee Joon-gi and Kwon Oh-jung makes 'spot the difference'"
by HanCinema is licensed under a Creative Commons Attribution-Share Alike 3.0 Unported License.
Based on a work from this source