"Arang and the Magistrate" Shin Min-ah what is the truth? 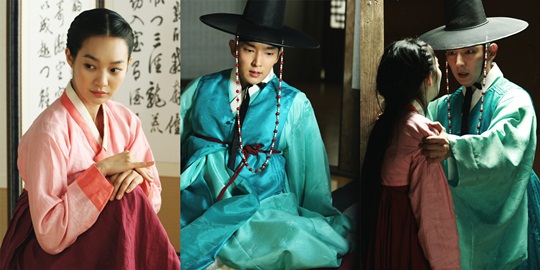 On the fifth episode of the MBC drama "Arang and the Magistrate" on the 29th, the two will face another truth that surrounds the death of Arang.

On the previous episode, Arang we to the mourner Ok-hwang (Yoo Seung-ho) to find out the truth of her death and got the permission of living life until the third full moon. This made viewers look forward to a real romance with Eun-oh and Arang as she was becoming a human form.

However, the fifth episode shows otherwise. The truth of her death will just get even more complicated.

In the still cut revealed previously, Eun-oh looks serious and panicky. This arouses curiosity about what's happening and what will happen next.