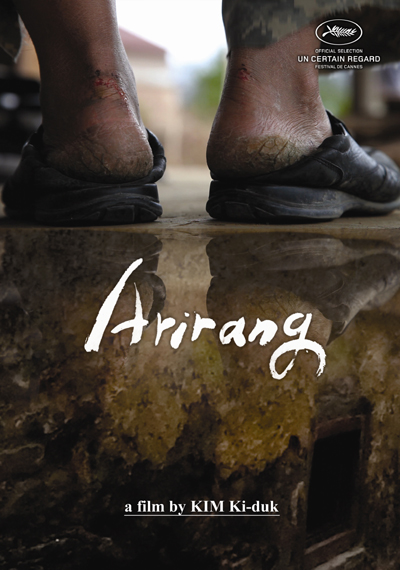 South Korean auteur Kim Ki-duk's "ARIRANG - Movie" won the inaugural BIFFDOCS Award at the 20th Brisbane International Film Festival (BIFF). The richest documentary prize in Australia, the BIFFDOCS Award comes with $25,000.
A documentary solely made by and featuring the maverick director himself, "ARIRANG - Movie" also took the top honor in the Cannes Film Festival's Un Certain Regard section earlier this year.
As stated by the Brisbane film festival, the BIFFDOCS Award seeks to reward outstanding documentaries "that exhibit the ability to surprise, entertain, provoke and disturb".
The competition screened films in their Australian premieres. The line-up included dissident Iranian director Jafar Panahi's "This Is Not a Film", "the Charlotte Rampling portrait: The Look", and "Tony Curtis: Driven to Stardom" – all three of which made their premieres at the Cannes Film Festival along with "ARIRANG - Movie".
The BIFFDOCS Award was announced at the conclusion of the festival, which was held Nov. 3 – 13.
Head of Screen Culture and Festival Director of BIFF, Richard Moore - formerly the head of the Melbourne International Film Festival (MIFF), was the one who initiated the BIFFDOCS Award. At the announcement earlier this year, he explained: "BIFF audiences named documentaries as seven of their favorite BIFF films in the 2010 Showtime Top Ten films, with the number one spot going to Phoebe Hart for her Queensland documentary Orchids: My Intersex Adventure".
Moore was joined on the competition jury by documentary filmmaker and producer Mark Lewis, editor of online screen journal Screen Hub David Tiley, and filmmaker Phoebe Hart.
Until last year, BIFF was held in the middle of the year, around the same time as the Sydney and Melbourne film festivals. This year, 50 out of the 135 films in the official selection were Australian premieres and Moore reported an approximately 20% jump in admissions.
Sold-out film screenings included Tomas Alfredson's "Tinker Tailor Soldier Spy", Drake Doremus's Sundance grand jury prize winner "Like Crazy", and Tusi Tamasese's "The Orator", Samoa's first feature film.

"Arirang wins first Brisbane documentary award"
by HanCinema is licensed under a Creative Commons Attribution-Share Alike 3.0 Unported License.
Based on a work from this source