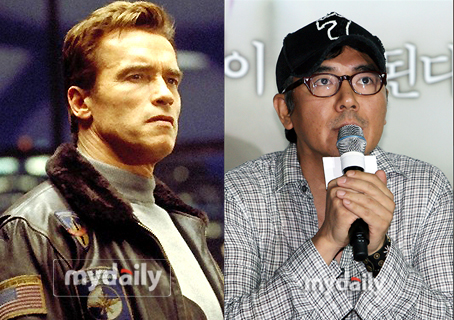 Possibilities of Arnold Schwarzenegger who announced he will be finishing his duties as the governor of California and returning as an actor, starring in director Kim Jee-woon's Hollywood flick have been mentioned.

According to Hollywood entertainment media "Hollywood Showbiz", Arnold Schwarzenegger is weighing out director Kim Jee-woon's "The Last Stand" and "The Tomb".

"The Last Stand" is about a border marshal who tries to capture drug dealers who run away to Mexico.

Previously Liam Neeson was cast for the lead role but he stepped down.

Schwarzenegger recently also said in an interview, "I want to be in a big action movie" and raised the possibility that he might be in "The Last Stand" rather than "The Tomb".

"Arnold Schwarzenegger, candidate for director Kim Jee-woon's Hollywood flick "
by HanCinema is licensed under a Creative Commons Attribution-Share Alike 3.0 Unported License.
Based on a work from this source