Arrest Warrant Filed on Seungri on Suspicions Including Facilitation of Prostitution 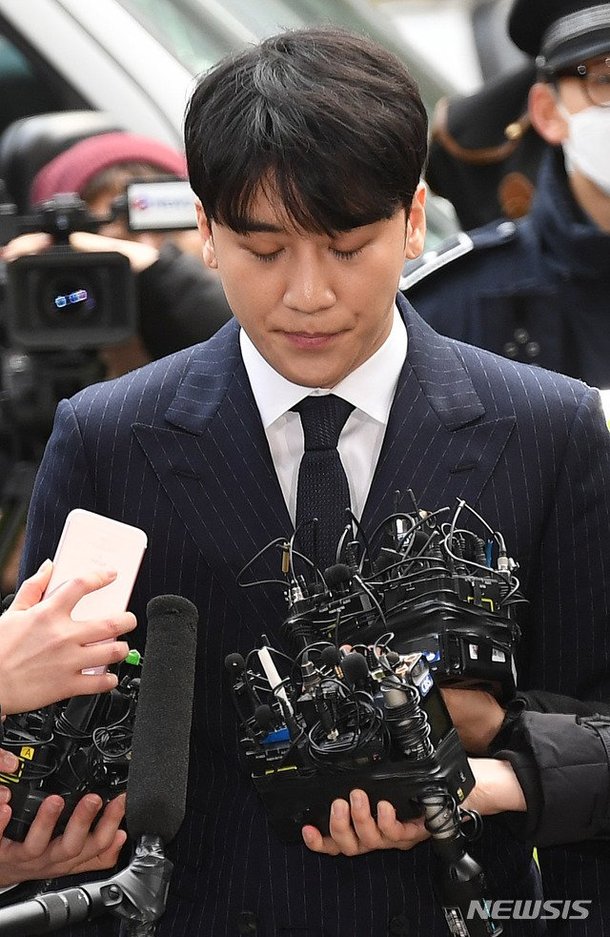 The police have applied charges of facilitation of prostitution on singer Seungri (Lee  Seung-hyun) on top of sex trade.

Seoul Police held a briefing regarding the Burning Sun case on the 9th and claimed an arrest warrant was issued for Seungri on the charges of sex trade, embezzlement, breach in the Food Sanitation Act and facilitation of prostitution.

Facilitation of prostitution has been added to the warrant.

The Intellectual Crime Team (ICT) applied for preliminary arrest warrants on Seungri and his 'business partner' Yoo In-suk from Yuri Holdings for Violation of the Act on the Aggravated Punishment of Specific Economic Crimes (embezzlement), sex trade and others.

Police believe the crime charges against Seungri are significant and serious.

According to police, Seungri is denying some of these charges.

Seungri and Yoo are being suspected of sex trading at a Christmas party in 2015 and a birthday party on the island of Palawan in the Philippines in 2017. Apparently they had the help of women employees from an entertainment establishment for Japanese investors and participants of the birthday party.

Previously, police said, "We investigated 12 people, including two officials from an agency that planned the birthday party in the Philippines, and 27 including the Japanese investors. We booked 17 women related to prostitution connected to the Japanese".

In connection with the embezzlement, Burning Sun funds were snuck into Monkey Museum under the pretext of using the brand name. Monkey Museum is a lounge club established by Seungri and Yoo. Yuri Holdings owns 100% of shares on Monkey Museum.

It is also reported that the police have confirmed circumstances of money being funneled to the power industries in the name of increase in rent, and to Madam Lin in the name of false deposits through bank accounts under borrowed names. On top of that, Seungri and Yoo are also suspected of taking 11 million won from the company's account at Yuri Holdings and using it as the lawyer's expense for an employee involved in a criminal case at Monkey Museum.

A police official explained that Seungri and Yoo made about 530 million won in profits regarding embezzlement funds, and the whereabouts of the other 2 billion won and their co-conspirators will be looked into further.

"Arrest Warrant Filed on Seungri on Suspicions Including Facilitation of Prostitution"
by HanCinema is licensed under a Creative Commons Attribution-Share Alike 3.0 Unported License.
Based on a work from this source