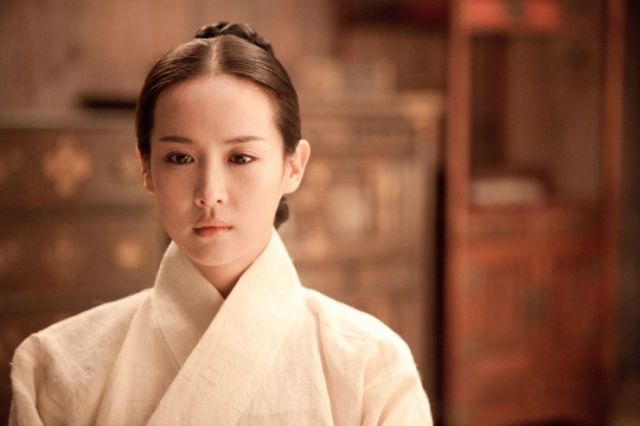 So what do you have for us[Reporter : ] The Cannes film festival has come to an end and the top honor went to Austrian director Michael Haneke 's film, 'Amour'. Unfortunately, the two Korean films that were competing with this film did not win an award this time. Here are more details on the results of the Cannes Film Festival.

It was director Hong Sang-soo's 8th visit to the Cannes Film Festival, and two years since director Im Sang-soo released a new film.

Both of the Korean directors' movies were invited to the festival to compete against some of the world's most renown films but unfortunately, they did not win any awards this time.

'Amour' portrays the love between an 80-year-old married couple and the problem of euthanasia.

[Interview : Michael Haneke, Director] "I'm extremely happy that I am not alone but with two of my main actors. This makes me more comfortable in this spot. I thank the judges very much".

The Award for Best Actor went to Mads Mikkelsen in 'The Hunt', directed by Thomas Vinterberg.

And Best Actress went to both Cristina Flutur and Cosmina Stratan who both starred in the film, 'Beyond The Hills', directed by Cristian Mungiu.

Director Carlos Reygadas , who directed the film 'Post Tenebras Lux' got the nod for Best Director

Although the Korean films did not receive any awards at the 65th Cannes Film Festival this year, critics claim that just by competing against such world renown directors and actors and actresses helped Korean films reach a higher status and reputation

Well, it's unfortunate that the Korean movies didn't get to receive an award but it's always good to hear that our movies get invited to such world renown award festivals and receive recognition worldwide.

That's good to hear, hopefully next year we can hear good news from both competitive and non-competitive sections of the festival.
And moving on, what else do you have for us[Reporter : ] Both Korean and Hollywood movies are hitting the big screen so for those of you who need a break throughout the day or plan on going out on a date with your family, friends, or loved ones, maybe a movie night might be a great idea. Take a look at this.

The film, "The Emperor's Concubine" portrays the lust and insanity surrounding the Korean Palace.

The movie shows explicit content in a very delicate and sensitive way, as it follows the characters' emotions.

Especially with actress Cho Yeo-jeong, who also starred in the film "The Servant", "The Emperor's Concubine" is sure to attract the attention of movie goers.

[Interview : Cho Yeo-jeong, Actress] "The film shows how my character lives in the palace and then becomes overpowered by her lust and things that she can't control with her own will".

"Runway Cop" tells the story of a plump detective receiving orders to walk down the runway of a fashion show.

Hollywood super star Charlize Theron is starring in the movie ' Snow White and The Huntsman'.

The evil queen tries to make the huntsman go after Snow White to kill her.

[Interview : Charlize Theron, Actress] "It is nothing i've been a part of. It really is epic in scale, it is gorgeous, it is disturbing, it is always walking this fine line of fantasy and reality".

Charlize Theron will be starring in another movie directed by Ridley Scott.

A team of explorers goes on a search to look for clues to the origins of mankind on Earth, which leads them to land on an unknown planet.

The film',Prometheus' portrays the horror and shock the explorers face as they go on a dark adventure on the planet.

Seems like a lot of new movies we will be looking forward to seeing. I'm personally a fan of Charlize Theron so I am especially excited about 'Prometheus' and 'Snow White and The Huntsman' so I will be waiting for those two films to be released.

[Reporter : ] I am definitely on the same page with you there. I think the 'Snow White and The Huntsman' will be a nice twist from the Disney movie we are used to so I think that' would be interesting.

That is true too. Well as we are waiting for those movies to be released, what else can we plan to do[Reporter : ] Well the events bulletin has a couple more events for you to get some ideas to plan an outing. I have the Incheon Pentaport Rock Festival, a rock concert by the band Broken Valentine, and a musical called 'Face Off' that you may be interested in. Here are the details.

The 2012 Incheon Pentaport Rock Festival will be happening once again from August 10th to the 12th at the Incheon Terminal. The line up includes Lee Seung-yeol, 10cm, Daybreak, The Moonshiners, and more.

The musical 'Face Off' will be showing at the Daehangno SH Art Hall until July 29th. The musical is about a married woman wishing to divorce her out-of-control husband with the help of his twin brother.

Rock band Broken Valentine will celebrate their debut album with a concert at the Mapo Art Center Art Hall MAC on June 10th. The band received the highest honor in the Asian Beat Grand Final in Hong Kong in 2009.