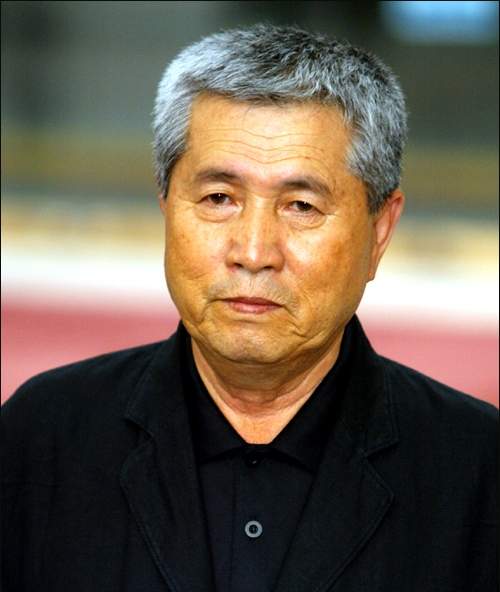 It's almost the weekend and we are here with our Michelle Kim for the details on what we can do on the weekend. For people in both London and Korea, Michelle has a bunch of arts and culture updates for us.

So what do you have for us today[Reporter : ] Im Kwon-taek will be the featured director on "The Year of 12 Directors" program in London in October. The series, which usually screens four films by a featured director every month, will screen 15 films by Im, due to his influence and impact on Korean cinema. Let's have a look.

The films of Im Kwon-taek will be featured during the month of October as part of "The Year of 12 Directors" program highlighting Korean directors at the British Film Institute in London.

Im has made 101 films since his debut in 1962 with the film "Farewell to the Duman River". Until the 80s, Im was known as a commercial filmmater and directed up to 8 films a year.

However, his turning point came in 1981 with the film "Mandala", a film that deals with the contradictions between the sacred and the secular life. The film brought widespread attention to his artistry and ever since, Im has been a regular at international film festivals. His works,.. beautifully shot with stirring performances,.. explore Korea's past and Korean identity and often focus on traditional art forms.

His film "Seopyeonje" from 1993 and "Chunhyang" from 2000 both revolve around pansori, a traditional form of narrative singing. "Seopyeonje" also set a box office record of 1 million viewers in Seoul alone.

In 2002, he became the first Korean to win the best director award at the Cannes Film Festival with "Chihwaseon", which is about a nineteenth-century painter and his influence on Korean art.

His latest work "Hanji", from last year, is about artisans with a passion for making the traditional mulberry paper.
Fifteen of Im's films will be screened in London in October.

Director Im Kwon-taek is a legend of Korean film. It seems that they would have to show more than four of his films, because he has created so many great works.

[Reporter : ] Definitely. Both aspiring and established directors look to him as a role model, and I think he is probably one of the few filmmakers who can portray traditional Korean music and culture so beautifully with films that are both a commercial and critical success. The dates and films that will be showing in the month of October have not been set yet so we'll have to wait a bit for that update.

Well, I'm sure you'll tell us more so viewers should keep watching for details. And moving on, what else do you have for us[Reporter : ] Well, if you're in Korea right now, you are feeling the effects of the heat wave that's plagued us for most of the summer. If you are looking to escape, there are a few free concerts and films you might want to try. Let's have a look at this for more.

The Seoul Arts Center is offering its Family Weekend Festival throughout the summer with a program of films, an orchestra concert and opera arias. The film program is actually on Tuesday and Wednesday of next week and features a rare screening of the silent film "A Public Prosecutor and A Teacher" and "The Phantom of the Opera". The films are at 7 8 p.m. and tickets are available for free on a first come, first served basis.

There's another free show -- this one for early risers -- called "Daybreak at Changgyeong Palace". Performances are at 7-30 AM on Saturdays in August and the first two Saturdays in September. Created by the National Gugak Center, the show features traditional music played in the center of Changgyeong Palace and promises to be a delight for both the ears and eyes.

There is seating for 500 people and tickets are available for free on a first come, first served basis.

Sounds like a lot of performances to look forward to both during the week and weekends. Do you have any other recommendations for us for family outings[Reporter : ] Well, as a reminder and just because I loved the show so much, I strongly encourage all of you to go see the MISO performance at its own private theater. The performance captures the absolute beauty of Korea, with the traditional Korean melodies, dance, and culture all embedded in one performance

That definitely sounds like a performance worth watching for both Koreans and non-Koreans. I'm sure a lot of our viewers are busy making plans for this weekend right now, but I hear you have more events for us[Reporter : ] I definitely do. I have three more concerts for the month of August and September. Singer Lee Young-hyun 's concert will be held in August, the hottest kpop group SISTAR will be holding their first concert in September, and world renown alternative rock group Keane will be visitng Korea in September as well. Here are the details.

Singer Lee Young-hyun will be performing her greatest hits and songs from her latest album at Yonsei University's Main Auditorium on Friday and Saturday. The concert marks the beginning of her national tour, which will also take her to Daegu and Busan.

Sistar, one of the hottest K-pop girl groups in Korea right now, will be holding its first concert on September 15th at Olympic Hall in Olympic Park. With hit songs like "So Cool", "Loving You", "Push Push" and more, the 4 ladies are sure to bring back the heat in September.

British alternative rock band Keane will be coming to Korea on September 24th for a concert at the Olympic Park Handball Stadium. All four of their albums have reached number one on the UK music chart and with a new member added recently, the band's sound has grown more expansive.