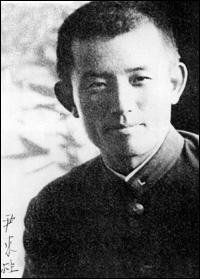 It's finally Friday and I'm sure everyone is very excited to get some rest and sleep in. Today, our Michelle Kim brings us some events that are sure to get those of us in London and Seoul out of our homes over the weekend.

So what do you have for us today[Reporter : ] Well, those of you who have been watching this segment, know that I have been talking about "The Year of 12 Directors" series in London. Today, I'll introduce you to the last two directors in the series, Song Hae-seong and Yim Soon-rye. Here are the details.

In its last two months, "The Year of 12 Directors" series at the British Film Institute in London will feature Song Hae-seong in November and Yim Soon-rye in December. The two have very different filmmaking styles, but both have achieved critical and commercial success.

Song Hae-seong is known for his outstanding ability to create strong male characters in films such as "Failan" from 2001 and "Rikidozan: A Hero Extraordinary" from 2004, which brought him his first taste of fame worldwide. Back in Korea, Song later achieved commercial success with the 2006 film "Our Happy Time", which was based on a novel by best-selling author Gong Ji-young.

In November, "Rikidozan" will be showing on the 8th, "Our Happy Time" on the 15th and "Failan" on the 22nd. "A Better Tomorrow", Song's remake of the popular John Woo film, will be screening on the 29th, followed by a Q&A session with the director.

Yim Soon-rye, the featured director in December, surpasses gender stereotypes and explorations of the differences between men and women in her films and instead focuses on humanity. Her stories tend to center around characters who are physically unattractive and who, on the surface, seem unsucessful and unsatistfied with their lives. In her films, we see very ordinary people in situations that are at times comic and at times heart-warming.

In December, "Waikiki Brothers" will screen on the 6th, "Forever the Moment" on the 13th and "Fly, Penguin" on the 20th. The screening of "Rolling Home with a Bull" on the 27th will be followed by a Q&A session with the director.

Each time you talk about this program, it reminds me of how many amazing Korean directors there are and how lucky we are to have such great films as part of our history.

[Reporter : ] I definitely agree. All of these directors are world renowned and have created films that have had a huge impact on Korean cinema. I'd like to encourage everyone to watch at least of couple of films by each director -- not just to learn more about Korea, but also to see a very well-made movie.

I'm sure a lot of people will make good use of this program and really enjoy these films. And now moving on, what else do you have for us[Reporter : ] Starting from today until Sunday, the life of poet Yoon Dong-joo will be turned into a musical at the Seoul Arts Center Opera Theater. Throughout his life he wrote amazing poems about the resistance against the Japanese rule, and the musical portrays not only his life story, but also his poems.

Yoon Dong-joo is one of the most prominent poets in Korea. His works conveyed his resistance against the Japanese, which ruled Korea from 1910 to 1945, and did not gain attention in Korea until after after his death. His life, and tragic death, is the subject of a new musical at the Seoul Arts Center. The musical runs from today until Sunday, just before Korea's National Liberation Day on August 15th.

[Interview : Kwan Ho Sung, Director] "By portraying the inner emotions and hardships of young Yoon Dong-joo and centering around the poems he wrote during this period, I wanted to portray the poet's emotions to the audience".

Born on December 30th, 1917, Yoon Dong-joo lived through the period of Japan's rule of Korea. In 1943, things started to go horribly for Yoon. He was arrested by the Japanese police as a thought criminal and was sentenced to two years in prison on allegations that he participated in the independence movement He died in prison in Fukuoka in 1945 as a result of his body having been used for medical experiments while he was alive. During this time, he continued to write poems that expressed his thoughts, concerns and hopes for a new and independent Korea. The production at the Seoul Arts Center vividly portrays the tragic life and death of this under-appreciated artist.

I've only read about Yoon Dong-joo's life and poems,.. but I feel like watching a musical about him would be very moving.

[Reporter : ] I think so, too. I got to see a dress rehearsal yesterday and could tell the cast and crew had worked hard to make sure the story, set and acting were authentic, with no exaggerations. And hearing his poems throughout the performance added another dimension to the show.

Sounds like a great performance for family and friends to see together, especially before August 15th, Liberation Day. And now, to wrap things up, you have the events bulletin, right[Reporter : ] Yes. This weekend the World Electronica Carnival comes to Seoul. And over at the Seoul Arts Center, the British farce "Not Now, Darling" will be on stage until September 2nd. Later in the month, the band Maroon 5 plays Korea at Jamsil Stadium. Have a look

[Reporter : ed: jenny] The 2012 World Electronica Carnival will feature world reknowned DJs.. such as Benny Benassi, Daishi Dance, the Far East Movement, Shinichi Osawa and many more. The festival will be held from August 10th to 12th.. on Jara Island in Gyeonggi Province.

The play "Not Now, Darling" will run at the Garden Theater until September 2nd. This mad cap comedy of mistresses and mistaken identities.. had a long run at the Savoy Theatre.. in London's West End in 1968 and again in New York in 1970.

Maroon 5 is coming to Korea in September! The band rose to popularity in the U.S. and around the globe with hit songs such as "Sunday Morning", "She Will Be Loved", "Moves Like Jagger" and many more.