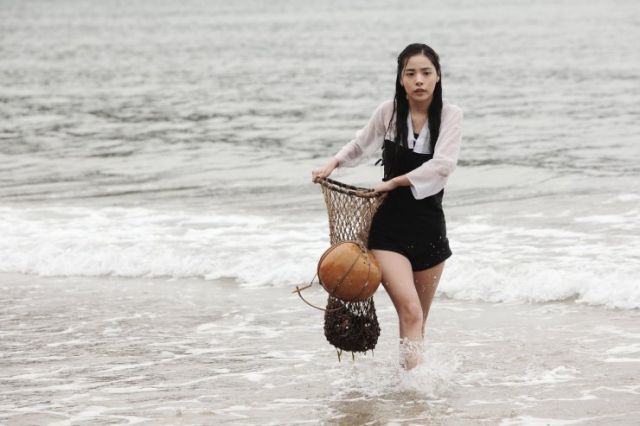 It's the start of a fresh new week and of course, our Michelle Kim here with us to give us the updates on the latest events we can attend. Today, she has two movies and a K-pop exhibition for us to enjoy.

[Reporter : ] Two Korean comedies hit theaters last Wednesday. Both are set during the Joseon Dynasty, but that's where the similarities end. "I Am a King" is a light-hearted yet introspective film about the life of King Sejong and "The Grand Heist" is a comedic caper about a band of thieves.

King Sejong is often cited as the greatest ruler in Korean history. But what was his life like

[Interview : Ju Ji-hoon, Actor] "King Sejong achieved so much for Korea. I believe he was able to do this because he worked with commoners and did what was really necessary and good for the people".

The film has been extensively researched but was inspired in part by "The Prince and The Pauper".
The Korean prince, who has lived a quiet and restricted life, leaves the palace disguised as the servant Deok-chil, where he is able to see how ordinary people are living.

The other Joseon-era comedy is "The Grand Heist", which eschews power struggles and palace intrigue for a good old-fashioned caper, this one involving ice.
During the Joseon Dynasty, ice was a symbol of wealth and power that was much more precious than gold.
In the film, 10 of the greatest thieves of the time team up to steal ice from Seobinggo, the royal storage house.

The two films have already attracted a lot of fans. "The Grand Heist" is currently No. 2 at the box office behind another heist film, "The Thieves", and "I Am a King" is in the No. 3 spot.

You know, I've seen a lot of period films about Korea, but they tend to be very intense and deep, like the film "The King and the Clown". I feel like this is a huge change for fillms in this genre.

[Reporter : ] It definitely is. Previous historical comedies such as 2003's "Once Upon a Time in a Battlefield" had comedic elements but were based on heavy themes such as war or politics. These films are different because they are about light-hearted subjects and situations. I mean, the theft of tons of ice.. is not something we've come to expect of a film set in the Joseon Dynasty.

No, indeed. Well, I'm sure a lot of movie-goers have high expectations for both films, and it sounds like both films are doing well at the box office. And what else do you have for us[Reporter : ] Well, as you know, K-pop is becoming a major force all over the world, but with so many groups it can be a challenge to highlight their unique characteristics One of Korea's biggest entertainment agencies is taking a new approach to artist promotion -- with a digital exhibition at COEX Convention Center in southern Seoul. Take a look at this.

Last Friday was the opening day of a digital exhibition featuring the K-pop stars from SM Entertainment, including Super Junior, Girls' Generation and SHINee.

Titled "S.M. Art Exhibition", the exhibition features photos and drawings of the K-pop stars as well as digital installations showing the artists in performance.

Kim Young-min, the chairman of SM Entertainment said that the exhibition represents a new advertising model that combines entertainment content and information technology.

[Interview : Kim Young-min, Chairman SM Entertainment] "Entertainment is the main component of this exhibition, combined with Information Technology. This content, which originated in South Korea, will be exported to other countries. In that sense, this is a very meaningful exhibition".

The main attraction is the "Fantasy Tree", a 13-meter-high circular installation covered in LED screens that shows the performances of stars on the agency's roster.

The agency says it invested about 5 million U.S. dollars into the exhibition and expects to attract about 50,000 fans.
The exhibition is sponsored by SM Entertainment in conjunction with Samsung Electronics, Hyundai Motor, Cannon and Bose.

Tickets range from 25 to 85-thousand won, or 22 to 75 U.S. dollars, and reservations can be made through the COEX website.

The agency said that it is also planning to export the exhibition to other Asian and European countries as well as the U.S. The first exhibition abroad will be in Taiwan early next year.

This must be great news for K-pop fans from all around the world, especially because it sounds like the exhibition will travel to many countries. I think fans are in for treat.

[Reporter : ] They sure are. With many ways to see all of the S.M. artists, including photos, drawings and video, fans are sure to enjoy gazing at the stars. One thing that looks fun is the "S.M. Motion" exhibition, which has a omni-directional camera that films visitors and then puts their images on the screen with the artists so they can all dance together in a virtual space.

Many fans are also aspiring artists, so I think this is a good way to engage fans and help them imagine what it would be like to sing and dance like their idols. The exhibition only runs for six more days so I guess people will have to move fast to catch it. And now to wrap things up, you have the events bulletin

[Reporter : ] Yes, I do. Today, I'll tell you about three concerts in September. The K-pop boy band FT Island performs at Olympic Hall, the group Handsome People hosts a "Handsome" party, and the contestants from the hit show "Show Me the Money" set their competition aside for a fun concert showcasing their talents. Here are the details.

K-pop boy band FT Island will be in concert on the 1st and 2nd of September at Olympic Park.. Olympic Hall. The concert is sure to be filled with strong performances from the five talented musicians, who will play songs from their hit albums "Cheerful Sensibility, Colorful Sensibility" and "Cross & Change".

The band Handsome People will host a party called "Handsome Tonight" at Cheongdam CGV cinema from September 6th to 8th. The party features DJs and performances by the band.

The contestants from Mnet's hit hip-hop audition program "Show Me the Money" will be perform an exhibition concert at AX-Korea on September 21st. These talented musicians will perform all of their best songs from the show.