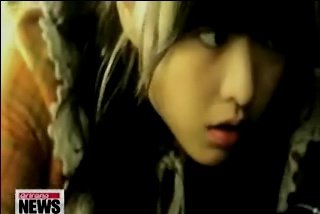 It's the start of a new week and our Michelle Kim has brought us a new round of arts and culture events. Today I hear she has a few movies she'd like to introduce to us.

So what movies do you have for us today[Reporter : ] This fall, three Korean men -- So Ji-sub, Ryu Seung-beom and Song Joong-ki -- will be heating up the big screen in three new films that take them in new directions or build on their existing images. I have previews of all three movies for you today. Take a look.

Actor So Ji-sub, best known for the dectective drama "Ghost - Drama" is back on the big screen with the action thriller "A Company Man", which is in theaters now.
So plays Hyung-do, a man who appears to be an ordinary worker in the sales division of a metal fabrication company.
But Hyung-do is really a contract killer and the metal company is a front for an organization of hitmen.
When his next assignment puts him in contact with a married woman, played by Lee Mi-yeon, Hyung-do falls in love, leading him to quit the business and try to start a new life.
For his co-workers, this is the ultimate betrayal and they immediately try to hunt him down.
So's charisma is evident in the heated romance with actress Lee Mi-yeon but with this film, he cements his reputation an action star.

Ryoo Seung-bum's signature charm is amplified in his upcoming film, the mystery-thriller "Suspect X", which opens October 18th in Korea.
Adapted from Keigo Higashino's novel "The Devotion of Suspect X", the film follows a genius mathematician played by Ryu who gives up everything he has to help the woman he loves cover up a crime of self-defense.

[Interview : Ryoo Seung-bum, Actor] "It was difficult for me to portray Seok-go's way of loving and expressing love. But it was interesting to try".

After starring in a series of hit TV dramas, actor Song Joong-ki brings his talents to the big screen with the new film "A Werewolf Boy", which opens, appropriately, on Halloween in Korea.
In this coming-of-age story, Song plays a wild young boy who is befriended by a young girl in the Korean countryside circa 1960.
The two grow close, but their relationship is threatened when he is discovered on the property.
To play the role, Song said he had to shape his mannerisms and expressions to play someone who doesn't know how to talk or behave like a regular person.
This film has attracted a lot of attention from the media and from the public, as it is considered a huge change in character for Song Joong-ki, who is known for playing a pretty boy.
The film was invited to the Toronto and Vancouver film festivals and was screened at the Busan International Film Festival earlier this month.
Those seem like three very exciting new films. Which film are you most excited about[Reporter : ] Well, I'm a fan of Ryu Seung-beom and I feel like his new film will showcase his talents while also showing us a different side of him as an actor. He previously played a high school delinquent, so this role represents a fairly big contrast.

Yes, playing a genius mathematician is certainly quite different for him. Well, I'll look for the film when it's released on Thursday. And now, what more do you have for us today[Reporter : ] Well, it's the 600th anniversary of Gyeonghoeru Pavilion at Gyeongbok Palace and to celebrate, the palace is offering evening performances of traditional music and dance through Sunday.
The performance offers guests a rare opportunity to see the palace at night and to hear traditional music set against the beauty of the pavilion. Take a look.

Traditional music rings throughout Gyeongbok Palace as dancers in colorful garb float on stage in a stylized court dance.
These sounds and sights are part of an evening performance at the palace that aims to take audiences back in time to the early days of the Joseon Dynasty, when kings used to entertain important guests at Gyeonghoeru Pavilion.
Set against the backdrop of the pavilion and its surrounding lake, the performance replicates the banquet they held, called the Gyeonghoeru Yeonhyang.
The evening starts with a traditional drum dance used as a prayer for the peace and well-being of the country and its people.
It continues with a wide range of traditional Korean court music and dance styles and aims to showcase the history of Gyeongbok Palace and the Joseon Dynasty.

[Interview : Ryu Kwan-hyun, Arts and Culture Department Director
Korea Cultural Heritage Foundation] "This year marks the 600th year since the establishment of Gyeonghoeru Pavilion. For this event, we wanted to incorporate those 600 years of history, as well as the soul and pride of our ancestors, to show Korean and non-Korean audience members the essence of Korean culture".

The performance was presented last year in test runs and has been continued in part because of the enthusiastic response from audience members.

[Interview : Lee Hae-ran, Audience member] "It's very nice to see a traditional Korean performance at Gyeongbok Palace on such a beautiful fall evening.
I'm going to remember this for a very long time".

The Gyeonghoeru Yeonhyang will take place at Gyeongbok Palace every night at 8 p.m. until October 21st.
I can just imagine how beautiful Gyeonghoeru Pavillion would be in the evening. It sounds like a perfect place to go out on a date.

[Reporter : ] I agree. Gyeongbok Palace is usually not open at night so this is a rare chance to see and hear traditional Korean dance and music and learn more about Korean history and the palace.

Sounds like a must-see performance. And now to wrap things up, you have the events bulletin for us[Reporter : ] I do. Today's bulletin features singer Sung Si-kyung, who is performing a week-long gig at Ewha at the end of the month.
Korean indie band Glen Check performs November 16th and Japanese pianist Ryuichi Sakamoto will be performing with two other musicians in December. Here are the details.

Singer Sung Si-kyung will be performing at Ewha Womans University's Samsung Hall from October 22nd to 30th. The dress code for the concert is loungewear, and there will be a best dressed contest with a prize for the best dressed and a light penalty for the worst.

Glen Check, a Korean indie band consisting of singer and guitarist Kim June-one and bass and synthesizer player Kang Hyuk-jun, will be performing on November 16th at the Interpark Art Center. The duo debuted in 2011 with their "Disco Elevator" EP and plays music influenced by the 70s and 80s.

Japanese pianist Ryuichi Sakamoto will be performing with violinist Judy Kang and cellist Jaques Morelenbaum at the Sejong Center for the Performing Arts on December 9th. Sakamoto is perhaps best known for his Grammy- and Oscar-winning score for the film "The Last Emperor".