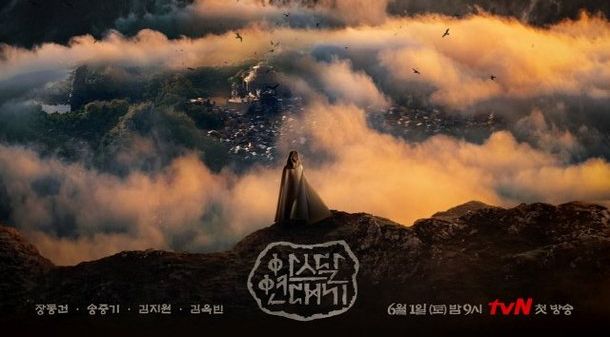 "Arthdal Chronicles" released a teaser poster with a strong sense of electrification and grand narration.

The new tvN drama "Arthdal Chronicles" is a pre-produced drama revolving around the power struggles, love and growth of the ancient city of Arthdal, which is presumed to be the capital of Gojoseon.

The poster of "Arthdal Chronicles" condenses Korea's first ancient civilization. The ancient city of 'Arthdal' is portrayed mysteriously, like a picture, and looks more and more mesmerizing.

The fog around the city makes it hard to tell the height and depth of the mountains around it, and birds are flying around, creating a harmony around the picture. The back frame of someone looking down at Arthdal can be seen, increasing anticipation.

The short phrase 'The start of all legends' hints the birth of heroes like none seen before. What is the story of the ancient story of the first human race in "Arthdal Chronicles"?

The production said, "We worked hard to convey a strong feeling about the ancient city of Arthdal, which is a key part of "Arthdal Chronicles", which was only possible in our mind and imaginations".

Meanwhile, "Arthdal Chronicles" begins on the 1st of June. The grand-scaled and narrative epic has been in deep thought regarding delivery to the viewers. Therefore, it will be broadcast in parts 1, 2 and 3 centering on major changes in the narrative. Part 1, "The Children of the Prophecy", and Part 2, "The Turning Skies", will be made up of 6 episodes each. Finally, Part 3, "Arth, the Prelude of All Legends" will be released with full capacity towards the latter part of the year. The third part of the drama is expected be more dramatically intriguing after the understanding of the narrative, the view of the world, and the characters are at full extent. 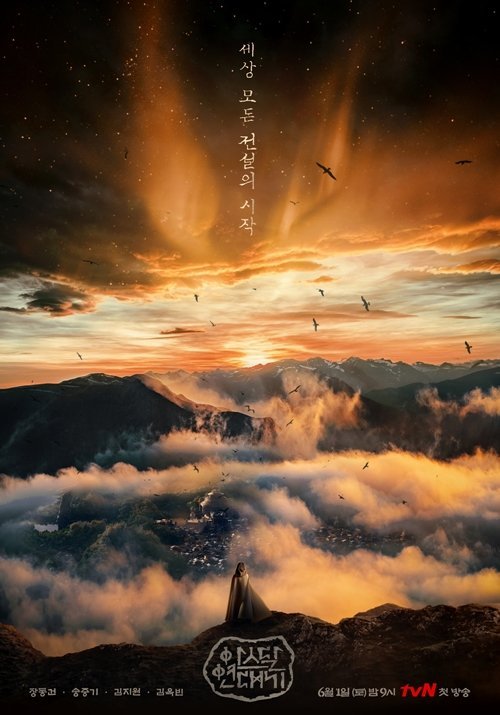 ""Arthdal Chronicles" Confirmed to Extend to Part 3"
by HanCinema is licensed under a Creative Commons Attribution-Share Alike 3.0 Unported License.
Based on a work from this source