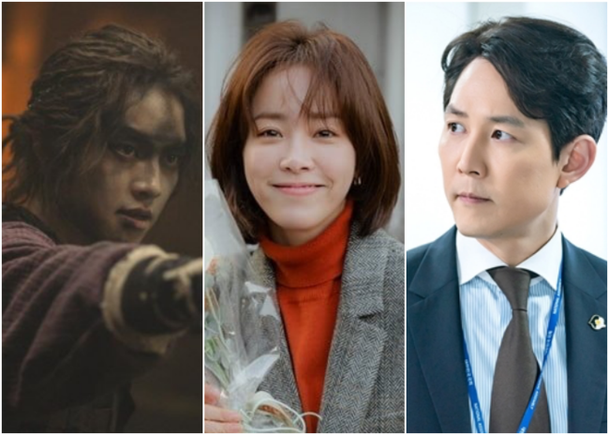 "Arthdal Chronicles", "One Spring Night" and "Chief of Staff" are gaining popularity.

On the 17th, Good Data Cooperation announced that "Arthdal Chronicles" topped the list of TV dramas for the second week of June, for three weeks in a row. Despite the fact that the popularity of "Arthdal Chronicles" decreased by 32% compared to the previous week, it took up 21.64% in share with dramas. Last week, Song Joong-ki's identity, which turned out to be that of twins, was the most popular, while Jisoo from BLACKPINK and Nichkhun from 2PM announced their participation in the drama. The most popular cast members include Song Joong-ki in 4th place and Jang Dong-gun in 5th.

Second in place comes "One Spring Night". Its popularity dropped by 16% compared to last week, but it's been in the higher ranks for two weeks in a row. Since Kim Jun-han noticed the relationship between Han Ji-min and Jung Hae-in in the drama, there have been several reviews that the drama is like a romantic thriller and the most popular cast are Han Ji-min in 1st place and Jung Hae-in in 3rd.

Third drama to come was "Chief of Staff". Being Lee Jung-jae's first drama in 10 years drew attention and Lee Jung-jae came in 2nd place in terms of most popular actor. Shin Min-a, his co-star, is in 8th place. After the first few episodes of "Chief of Staff" went out, netizens are giving positive feedback saying the drama is a 'well made political drama'.

Fifth drama of popularity is OCN drama "Voice 3" for two weeks in a row. At the end of the last episode, Lee Jin-wook resigned from his police job and Yoo Seung-mok was kidnapped by Wire Shun.

Eighth in place is OCN's "Save Me 2" for two weeks in a row and ninth is jTBC's "The Wind Blows", which increased by 20%, enabling it to enter the TOP drama zone. Kam Woo-sung, who was praised for his affectionate fatherly performance, ranked in 10th place for popular actors.

This survey was released on June 17th by Good Data Corporation, a TV speech analysis agency, after analyzing netizens' responses from news articles, blogs/communities, videos and SNS on 24 dramas that are on air from June 10th, 2019 to June 16th, 2019.

""Arthdal Chronicles", Han Ji-min and "Chief of Staff" Lee Jung-jae Top Popularity Charts"
by HanCinema is licensed under a Creative Commons Attribution-Share Alike 3.0 Unported License.
Based on a work from this source