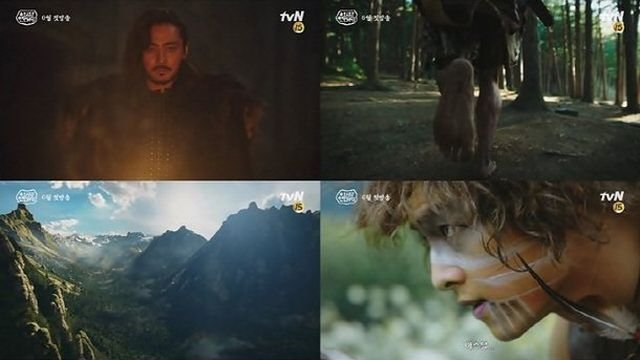 TvN drama "Arthdal Chronicles" released its first teaser while many complaints have been coming from inside the production saying 'it's wearing out the staff'.

The drama is on its way to meet high expectations with the perfect writer, producer and cast, but insiders have been voicing out their problems.

"Arthdal Chronicles" is the fateful story of heroes who write different legends in an ancient land called Asdal.

In the 15 second long teaser, the ancient vibe was well portrayed through fancy computer graphics. The video starts with music as grand as the production costs, the appearance of Ta-gon played by Jang Dong-gun, Song Joong-ki's voice asking, "Where is he?" and the view of Asdal from the sky.

The characters of the story enter a holy temple with an army that swears loyalty for a ceremony, and this scene infers to 'The Story of the Army'. Someone echoes "Don't trust anyone" and this follows the appearance of Kim Ok-vin, Kim Ji-won, Jang Dong-gun and Song Joong-ki.

The teaser was released on various channels including You Tube, forming different reactions of anticipation, but recent complaints from inside staff have the public criticizing the drama.

Previously, a staff member claimed, "When we were in Brunei, we were forced to work 7 days for 151 hours and 30 minutes without rest days" and requested the help of the Hope Solidarity Union Broadcasting System Branch and Hanbit Media Labor Human Rights Center.

On the 13th, a staff from the art team said, "They nudged me with their feet because someone didn't like the way I was laying down, and even starved me to practice using something I'd never seen before. They'd yell if they weren't happy with something, and even though there was a near-fatal accident, nothing changed. This is the worst set I have ever worked on in the last 10 years, as I don't get fed or sleep".

The two organizations have reported Studio Dragon to the Seoul Regional Employment and Labor Administration for charges of violating the Labor Standards Act.

However, it has come to attention that there have been attempts to ferret out those who made complaints.

Studio Dragon claims, "There have been difficulties during the first stages of the production, but we have been complying with the 68 hour labor time, running operations with a secondary B team and improving the production environment. The art team has a different standard of calculation, and we just need time to sort out matters with each other. We plan on cooperating with the Ministry of Employment and Labor when requested". 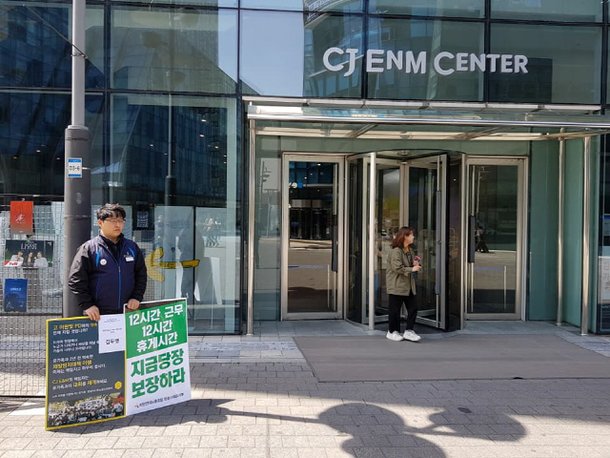 ""Arthdal Chronicles" Wearing Down Staff for Great Visuals"
by HanCinema is licensed under a Creative Commons Attribution-Share Alike 3.0 Unported License.
Based on a work from this source