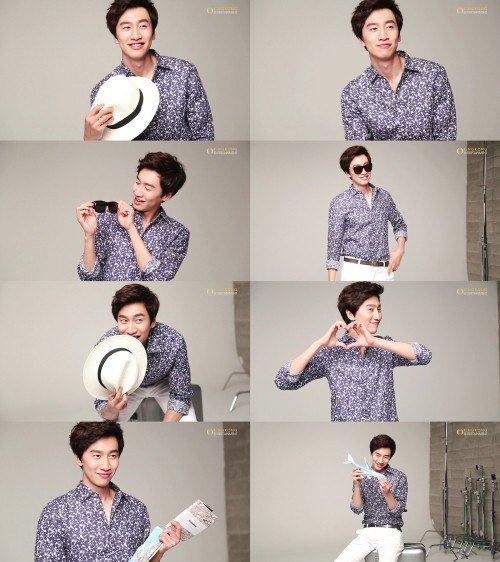 Lee Kwang-soo, the Prince of Asia, was seen filming an ad.

King Kong Entertainment revealed a footage of the ad in progress via Naver TV Cast and YouTube Channel.

Lee Kwang-soo is wearing pants with a shirt which emphasizes his tall height and small face.

With the start of the ad, Lee Kwang-soo used the props and posed in various manners. He put on a pair of sunglasses to look cool in one and is holding up a toy airplane in another.

Meanwhile, Lee Kwang-soo is looking forward to the making of "The Sound of Your Heart" and is currently in the middle of "Entourage - Korea".

"Asian Prince Lee Kwang-soo in duty free ad"
by HanCinema is licensed under a Creative Commons Attribution-Share Alike 3.0 Unported License.
Based on a work from this source