Have you ever pondered the concept of time? Some consider time to be straight like a timeline, accounting for significant events that have occurred throughout history; and some consider time to be more circular, like the hours and minutes on a clock. Whatever you may think of when you think of " time ", time passes and despite technological advancements and unthinkable inventions being birthed out of the 21st century, time remains something man has yet to manipulate. It's already been one year since we launched project Advanced Technology and Design Korea, and my, the time has flown. From sharing about Korea's technology, design and business, we were able to also visit many other areas and share insight with our great fans and followers. As I bring you the final post for 2011, let's take a trip down memory lane and see which posts were the most popular from each category.

2011 was filled with electronic companies and telecom companies racing to release that "it" HD LTE smartphone or to develop and establish the first, the best 4G LTE broadband system. With the internet and mobile life exponentially growing and reaching more citizens within Korea, a love and interest for digital devices, especially smartphones, was inevitable. Although many us are already accustomed to Samsung and LG releasing top of the line gadgets, Pantech made a definite hit with their motion-sensor equipped Vega 4G LTE smartphone. To revisit the post and for image source, refer here. 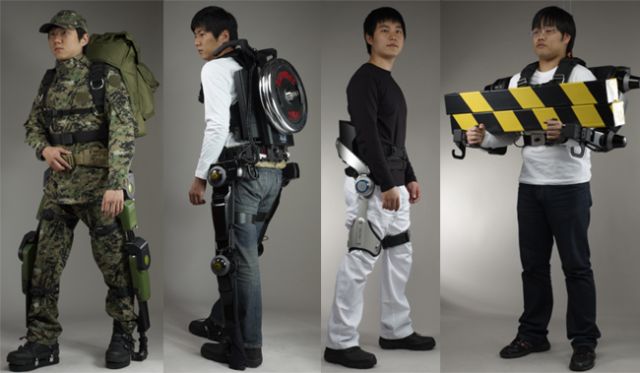 Robot World 2011 was an amazing event for team AT&D Korea. We were able to meet some great people and see first-hand how the Korean robot market is shaping up. We shared about our time with the robot guru himself, Dr. Dennis Hong, but we also go in touch with Professor and CEO of Hexar, Changsoo Han. His insight and post about exoskeletons (or wearable robots) was very popular mainly because many took to the idea of being able to defy the limits of your own strength. As for Dr. Han, since the post he has been continuing to develop and go global with the exoskeletons and has been continuing his research over at Hanyang University. To revisit the post and for image source, refer here.

Business: "Samsung VS Apple: The Patent Dispute between Samsung and Apple" 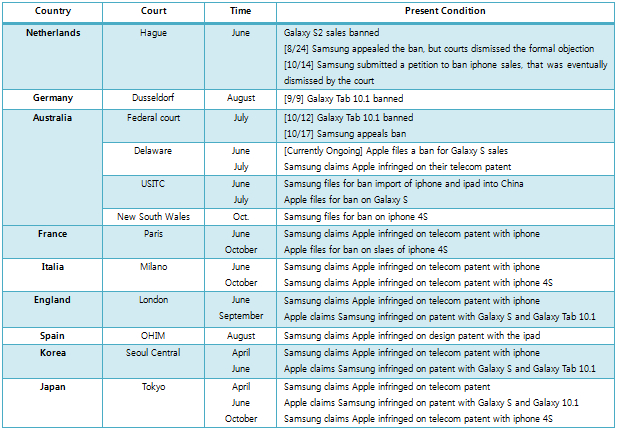 Case closed? Not quite yet, as the dispute between Samsung and Apple continue, this hot topic was quite a handful to keep tabs on. But Korean power blogger, Seung-Yul Kim, summed up the cases and we brought them to our audience and they were thrilled. But let's not forget that although these two companies may be up to their necks in court cases with each other, they still are able to harbor a supplier/buyer relationship for internal device parts. Will we be able to see an end to this legal pandemonium? I guess here too, only time will tell. To revisit the post and for image source, refer here.

Automobile: Start your engines! "Behind the Scenes of Korean Cars: Either be Eco-friendly or get thrown out! PART TWO" 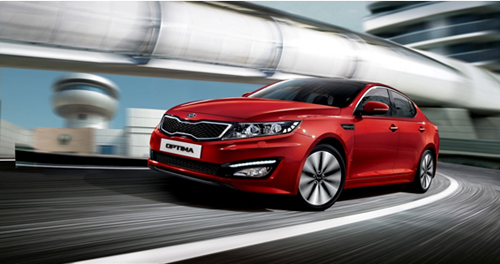 I don't think I need to spell out what kind of year both Hyundai and Kia have had. During this past year, Kia brand was able to gain consumer loyalty and shed the image of past Korean car stereotypes that may have haunted them. Team AT&D Korea was honored to have Kia's own Colin Jang take us into the depths of Kia's current projects; especially the brand's efforts to develop more green cars. With this post having been published back in mid-November, it was just last week that Kia had announced the release of their first production electric vehicle, the Kia Ray EV. To revisit the post and for image source, refer here. 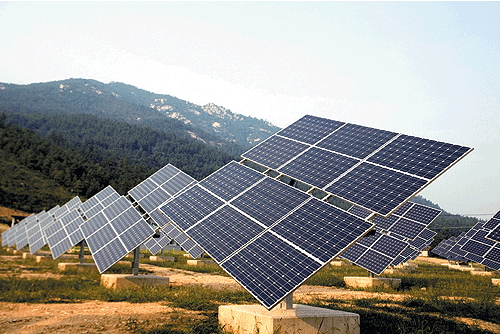 I was pleasantly surprised to see this post join the list for the top posts of our project. I know that solar and renewable energy can be a tough topic for the general public to enjoy, but I was happy to see our audience enjoy this post. We have a broad and talent writers group and this post was very well written by Jin Park of KAIST. He took this "not so approachable" topic of photovoltaic power and made it into an approachable topic that many around the world enjoyed. To revisit the post and for image source, refer here. 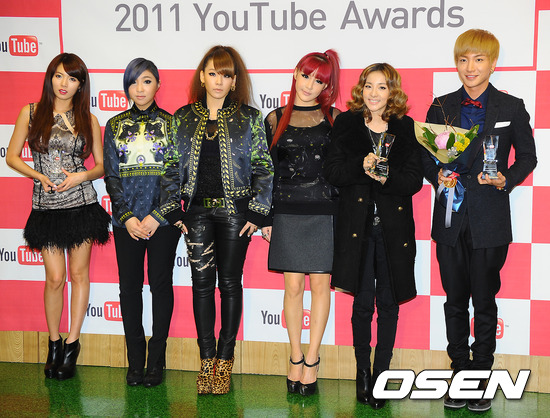 Finally, we come to the last category that allowed us to explore other popular topics outside of Korean tech and design. With the boom of K-pop outward to the west and into Southeast Asia, the Korean Wave continues to win over groups around the globe. After all, it created an effect that caught the attention of Google's own Eric Schmidt. This post explored how the Korean Wave was effecting SNS (more so YouTube) and vice versa. It also highlighted the winners of the 2011 YouTube Awards in Korea-the big names of K-pop were all honored: HyunA, 2NE1 and Super Junior. To revisit the post and for image source, refer here.

Jam packed year right? It's been great to share about Korea's technology, design and business. Team AT&D Korea wants to thank all the sponsors, writers, fans and followers that have taken part in this project during 2011. We hope to be able to greet you with even greater news and content next year in 2012. I'm confident that the year of the Black Dragon will hold great things for us all. Until next time, Happy New Year everyone!

About the authorby Amy G Jung

I am one of the main communicators for this project and am excited about supporting Korea in disclosing and clarifying anything related to Korean technology, design, and culture. I am a former Product Specialist from Apple, born and bred in the US, and grew up around cars. I like learning about trivial things in life and relieving both my right and left brain appetites.