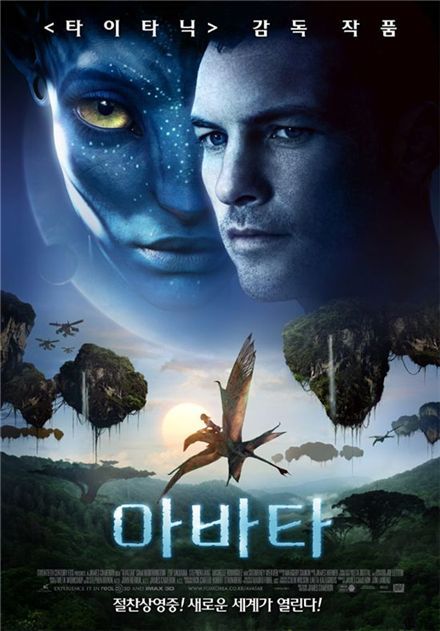 James Cameron's Hollywood blockbuster "Avatar" has become the most-watched film in Korean box office history, according to estimates by the official Korean Film Council over the weekend.

Statistics showed that the animated picture, which opened in theaters mid-December, had garnered over a total 13.04 million admissions by Saturday to rise above former record holder "The Host" with around 13.02 million viewers.

"The Host", a Korean thriller pic by top director Bong Joon-ho, had taken the domestic box office by storm during its run in 2006 and won rave reviews from both local and foreign film critics.

It is the second time for a foreign picture to become the biggest box office hit in Korea -- Cameron's "Titanic" claimed the title in 1998 until giving it away to Korean film "Shiri" in 1999.

Meanwhile, "Avatar" placed fifth on the Korean box office over the weekend of February 26 to 28, raising its accumulate from ticket sales to 12.1 billion won, or about 10.5 million dollars.

""Avatar" becomes biggest blockbuster in Korea"
by HanCinema is licensed under a Creative Commons Attribution-Share Alike 3.0 Unported License.
Based on a work from this source