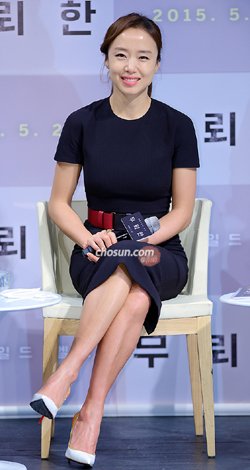 Award winning actress Jeon Do-yeon will return to Cannes this year, as her new film "The Shameless" has been invited to the "Un Certain Regard" section of the 68th Cannes International Film Festival which will be held from May 13 to 24.

She won the Best Actress Award at Cannes in 2007 with the film "Secret Sunshine" and served as a jury member at Cannes last year.

The film is the first melodrama by Oh Seung-ook, who wrote the scripts of Lee Chang-dong's debut film "Green Fish" and "Christmas in August".

The film revolves around a cold-hearted detective and a woman who struggles to survive while waiting for her boyfriend, a mob boss who ran away after committing a murder.

"Like the role I played in the film, I was the only woman in a man's world when shooting the film, working with a male crew who made films about men", Jeon said.

The film will hit local theaters in late May after making its premiere at the festival.