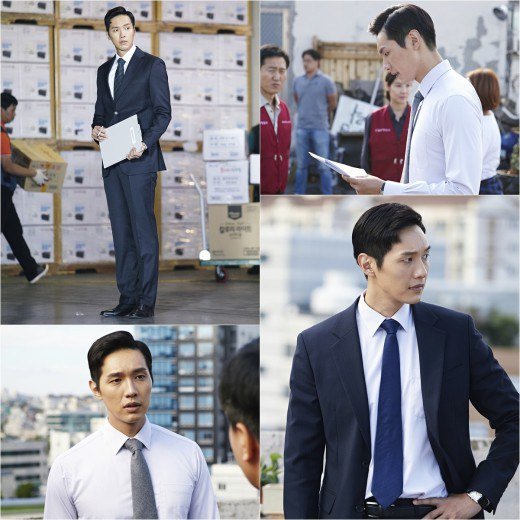 Ji Hyun-woo is going to bring about a syndrome this fall.

The new JTBC miniseries "Awl" stars Ji Hyun-woo as Lee Soo-jin and pictures of him were released on the 16th.

Ji Hyun-woo is the head of department of a foreign goods market called Prumi Mart. He doesn't like to fight but he doesn't know how to avoid them either. He sticks to his policies and may even look cold but he has the warmest of hearts.

Pictures of Ji Hyun-woo are very similar to the character from the original. His wide shoulders fit the suit well and his hair is brushed back neatly to reveal charismatic eyes that are enough to mesmerize any woman.

Ji Hyun-woo is making a change for "Awl" and his performance in the drama will be like none that's been seen before.

Meanwhile, "Awl" is the story of a supermarket employee experiencing a huge incident and it's based on the original by web-toon artist Choi Gyu-seok.

"Awl" will be released in October.

""Awl" Ji Hyun-woo, Lee Soo-in from head to toe"
by HanCinema is licensed under a Creative Commons Attribution-Share Alike 3.0 Unported License.
Based on a work from this source