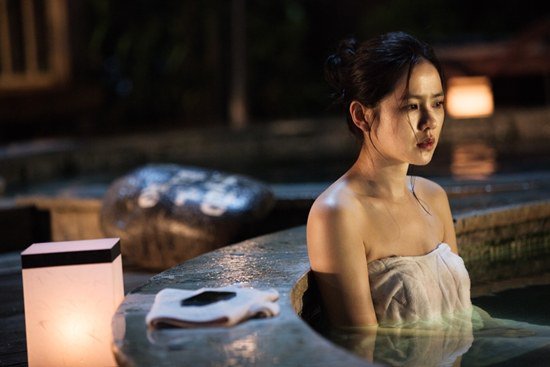 Son Ye-jin was captured in a scene in a movie called "Bad Guys Always Die".

"Bad Guys Always Die" is a comedy action movie about a group of friends who meet a mysterious woman named Ji-yeon (Son Ye-jin) on a trip to Jeju Island.

In the still of Son Ye-jin, she is bathing in a hot tub but she looks nervous about something as if she's waiting or is being chased.

"Bad Guys Always Die" is directed by Hao Sun and a total of 15 billion won was invested in this movie. The OST is sung by CNBlue.

The movie will be released on the 4th of February.

""Bad Guys Always Die" Son Ye-jin in the hot tub"
by HanCinema is licensed under a Creative Commons Attribution-Share Alike 3.0 Unported License.
Based on a work from this source