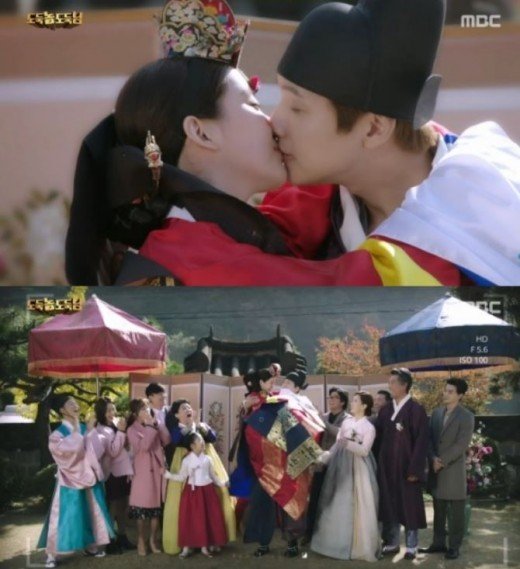 According to Nielsen Korea, the nationwide ratings for the final episodes of "Bad Thief, Good Thief" were 9.9% and 13.4%, earning its personal best and going out on a high note. This is a 1.6% increase from the 11.8% recorded last broadcast.

The show told the story of a pair of men, descendants of Korean activists, who go after the elite group that secretly controls Korea.

In the last episode, Jang Dol-mok (Ji Hyun-woo) bests the pro-Japanese group and marries So-joo (Seohyun). The two expect a child and dream of a happy future.