Bada's wedding with all the SM Family 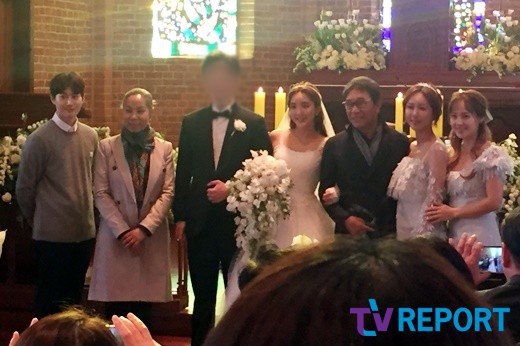 S.E.S member and musical actress Bada got married to a man 9 years younger than her.

She wedded her young groom on the 23rd. Eugene and Yoo Soo-young from S.E.S were there with her throughout the wedding. 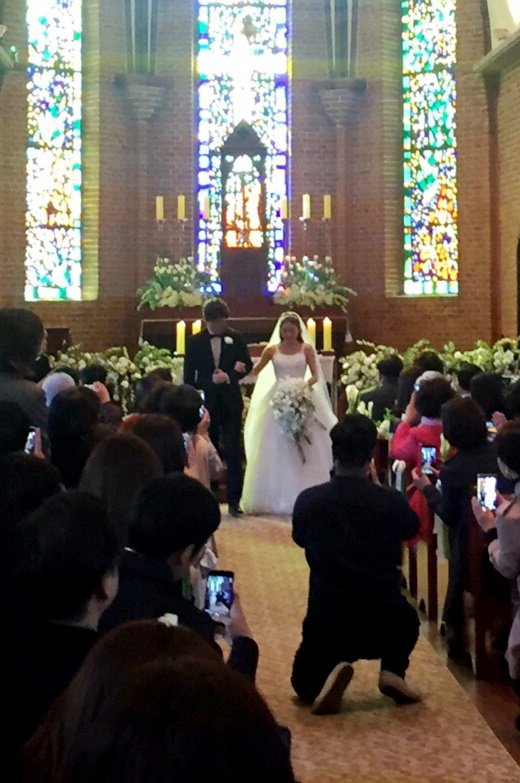 Eugene and Yoo Soo-young appeared before the couple as Maids of Honor.

Bada then appeared holding her groom's hand. She looked shy but happy and walked into the chapel. Her groom was tall and good looking and didn't stop looking at Bada in such a loving way. 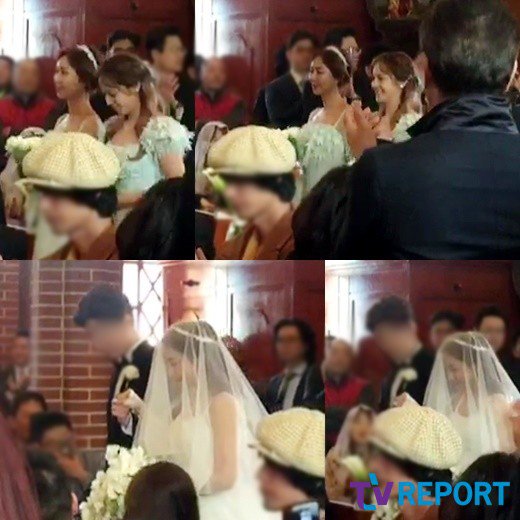 The two met in a Catholic Church and had the traditional mass for their wedding. They vowed love to each other.

Eugene and Yoo Soo-young sang for the wedded couple and Bada cried. Everyone from the JTBC "Phantom Singer" also prepared a song for them.

Bada and her groom will be going to Hawaii for their honeymoon on the 24th. She debuted in 1997 as S.E.S and has been a singer and musical actress since the break up in 2002.

"Bada's wedding with all the SM Family "
by HanCinema is licensed under a Creative Commons Attribution-Share Alike 3.0 Unported License.
Based on a work from this source