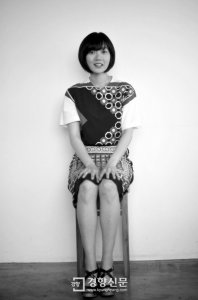 Renowned Japanese director Hirokazu Koreeda told reporters at Pusan International Film Festival (PIFF) that he will work with actress Bae Doona on his next project. Koreeda said that he highly regards the Korean actress and that he is a fan. Koreeda watched all her films and named "Barking Dogs Never Bite", "Take Care of My Cat", and "The Host".

Koreeda praised BAE for her acting and comedy skills, rather than being just a pretty face, to motivate his choice for BAE in a leading role in his fantasy melodrama with touches of comedy. The story will be about a non-human form of life which learns the language and emotions like love while living among humans.

Korean film company Barunson Entertainment is also involved in the project. According to Barunson, the project has no confirmed title as yet and that more details about the project are still pending. The film is scheduled to start filming in December.

BAE previously played in the Japanese film Linda Linda Linda (Nobuhiro Yamashita), a film about a high school female band with BAE playing the lead singer. BAE has shunned roles of glamorous and/or beautiful protagonists and rather tackles character roles and she has the touch to endear characters with charming quirks.

Koreeda showcased his latest film Still Walking at this year's PIFF. He was also at PIFF with his previous film Hana in 2006. He is best known for his Nobody Knows.

"BAE Doona in Koreeda film"
by HanCinema is licensed under a Creative Commons Attribution-Share Alike 3.0 Unported License.
Based on a work from this source