Bae Doona In Talks With Hollywood 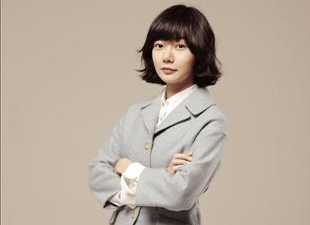 Actress Bae Doona may just be making her debut in Tinseltown.

According to Starplux Entertainment on July 18th, Bae has been in talks for taking on a role in Hollywood film "Cloud Atlas" for about a month. The final decision will be made around September.

Most notably, "Cloud Atlas" will be produced by the Wochowski Brothers and directed by Tom Tykwer, based on the novel by British writer David Mitchell. Bae's offered role was that of a human clone. If the deal is finalized, the Korean star will be acting alongside some of Hollywood's best: Tom Hanks, Halle Berry, and Susan Sarandon.

"Cloud Atlas" is set to start filming in September for a October 2012 release.

Bae is currently filming with Ha Ji-won a film about a North and South Korean team for table tennis called "As One".

"Bae Doona In Talks With Hollywood"
by HanCinema is licensed under a Creative Commons Attribution-Share Alike 3.0 Unported License.
Based on a work from this source