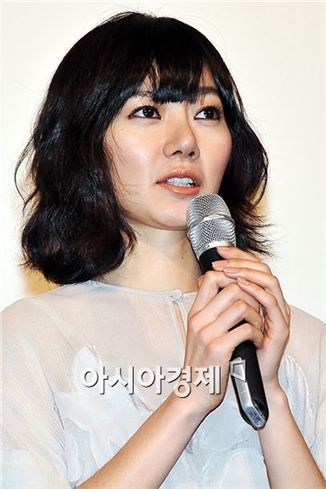 Korean actress Bae Doona said she was surprised by the number of staff who were present for the filming of her skin-baring scenes in Japanese movie "Air Doll".

Present at a press conference for the film held Thursday at a CGV Multiplex in Seoul, the actress made the remark in response to a question asking what the main difference on set was between shooting a Korean versus Japanese film.

"When an actress is shooting a nude or bed scene in Korea, there are very few staff members on set -- like only the director, cinematographer and boom mike operator", said the actress. "But my first scene [in "Air Doll"] was a nude scene and I was very surprised because there were so many staff members and I felt this is really different".

The actress went onto explain, "Other than that, there weren't that many big differences so nothing was too difficult, but because I was portraying a doll, I had a tough time dealing with the makeup and the cold".

"Air Doll", directed by noted Japanese filmmaker Koreeda Hirokazu whose previous works include "After Life" and "Nobody Knows", was invited to several major international film events such as at Cannes, Toronto and Rotterdam.

The Korean actress has received much praise for her acting in the film, becoming the first foreign actress to win three trophies for best actress in Japan -- at the 2009 Japan Academy Awards, Tokyo Sports Movie Awards and Takasaki Film Festival.

The fantasy melodrama pic is about a doll named Nozomi, played by Bae, who falls in love with a video store employee Junichi, played by Japanese actor Arata, gradually becomes a human being.

Bae, 30, has appeared in many television dramas and films including "Sympathy for Mr. Vengeance" (2002) and the Korean box-office hit "The Host" (2006). She most recently starred as an English teacher in the popular KBS2 TV series "Master of Study". 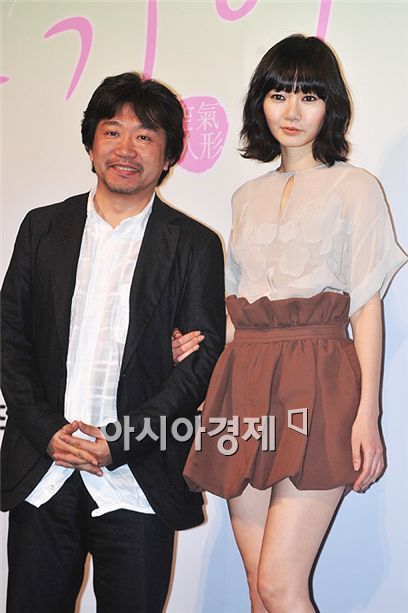 From left, director Hirokazu Koreeda and actress Bae Doona pose during a photo session of a press conference for film "Air Doll" held at a CGV Multiplex in Seoul, South Korea on March 25, 2010. 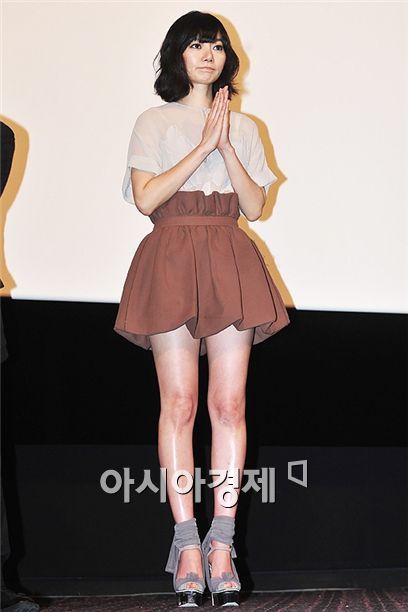 "Bae Doona says "Air Doll" nude scene filming was "surprising""
by HanCinema is licensed under a Creative Commons Attribution-Share Alike 3.0 Unported License.
Based on a work from this source