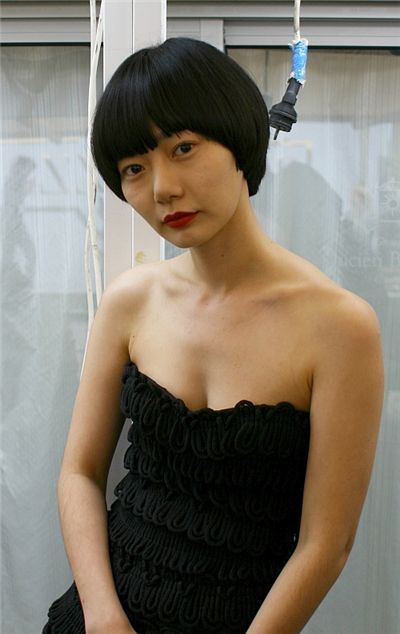 Korean actress Bae Doona has been cast as the female lead in a new weekend drama, according to the series' producer MBC on Tuesday.

MBC announced in a press release that Bae will be playing the female lead role for an upcoming weekend drama titled "Gloria", based on the lives of people who work at a nightclub.

Bae is set to play the role of Na Jin-jin, who lost her parents at an early age and has been living with her older sister, who dreams of becoming a singer at the age of 30.

The new series will be helmed by Kim Min-sik, whose previous works include "The Woman Who Still Wants To Marry", and written by scenarist Jung Ji-woo. It also stars Korean actors Lee Chun-hee, Seo Ji-suk, Lee Jong-won and actress So Yi-hyun.

Filming for "Gloria" will begin at the end of June and it will succeed current weekend drama "Dandelion Family" when it finishes its run in the latter half of the year.

Bae made her debut as a model in 1998 and has starred in numerous dramas and movies including the Korean blockbuster "The Host", "Sympathy for Mr. Vengeance" and "Air Doll".

She has also appeared on the small screen with her roles in "Someday", "How to Meet a Perfect Neighbor" and "Master of Study".

"Bae Doona to play lead in new weekend drama "Gloria""
by HanCinema is licensed under a Creative Commons Attribution-Share Alike 3.0 Unported License.
Based on a work from this source