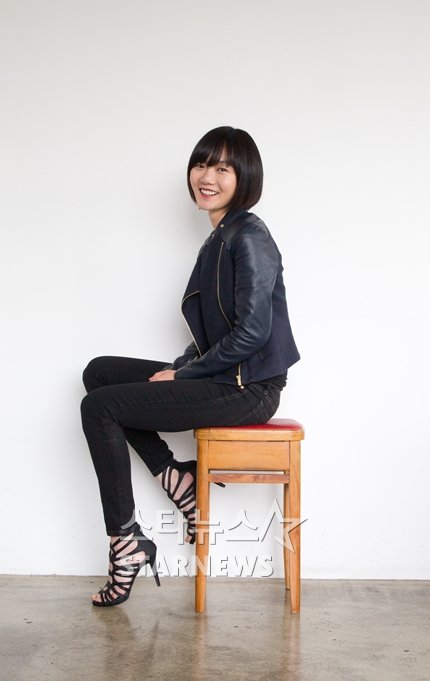 Bae Doona revealed behind story of filming the Warchowski Brothers new movie "Cloud Atlas" which was taken in Berlin, Germany, in an interview with Star News on the 24th.

Bae Doona took on the role of a human clone in the year 2144 in "Cloud Atlas" and made her debut into Hollywood. She took off for Berlin as soon as she finished her role of table tennis player Ri Boon-hee in the movie "Korea". Having experience in Japanese movie "Air Doll" by Goreda Hirokatsu, Bae Doona departed alone without even a manager.

She said, "Two days after the movie "As One" I packed enough things to last me three to four months and left for Berlin. Movie sets are almost the same anywhere".

She said, "I was alone but there were many others who were life me. Halle Berry, Susan Sarandon, Tom Hanks, and other top stars like them had bodyguards but most of the others were alone. There were a few who came with their families too. There are rules for every country but there was no foam there. It was very comfortable".

She continued, "I had to say English lines and I had to act out other languages but of course, the problem was language. I had to face the wall of English and that's what I thought I needed. I go directly to the director to say something if I have to without a translator".

She said, "There was a local assistant there to help me but stopped helping me when she saw what I had in mind. I felt really comfortable after a while I started butting into things".

"Bae Doona "US movie shoot was relaxing""
by HanCinema is licensed under a Creative Commons Attribution-Share Alike 3.0 Unported License.
Based on a work from this source