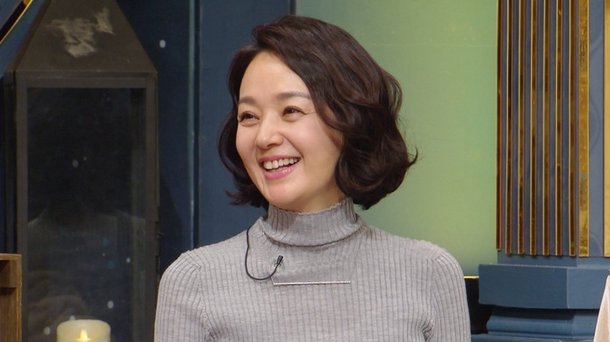 Actress Bae Jong-ok appeared on "Happy Together" and analyzed her image.

On the KBS 2TV show "Happy Together" on the 9th, Bae Jong-ok said, "I don't know why the younger actors are afraid of me".

Actress So Yu-jin, who appeared as a special MC, said, "I was afraid of her at first too. But then again she can be clumsy".

Bae Jong-ok is known to invite junior actors to her house to spend time with. However, she admits that she sends them all home before midnight.

She explained that Lee Dong-wook is the only actor who won't go home although she tells him to.

Bae Jong-ok debuted in 1985 through KBS and she's 57 this year. She's been active in various dramas and films and her last year's works include "Designated Survivor: 60 Days" and "Graceful Family". She is currently working on the theater play "The Secret of the Flower".

"Bae Jong-ok, "Lee Dong-wook Won't Go Home""
by HanCinema is licensed under a Creative Commons Attribution-Share Alike 3.0 Unported License.
Based on a work from this source