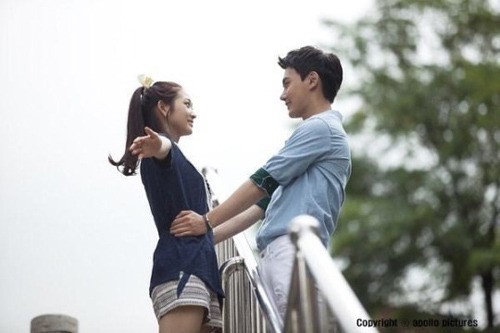 Bae Noo-ri and Lee Tae-ri joined as a couple in an online drama, 'Teleport couple'.

Lee Tae-ri and Bae Noo-ri who starred as Yang Myeong and Jan-sil together in "The Sun and the Moon" joined as a young couple who prepare to get a job in 'Teleport Couple'.

The drama was produced in 4 episodes in total starting October 13th and all the episodes have been released online with its first episode, 'Love with lost memory', second, 'Hope? None', third, 'Game Over', and fourth 'Love, Hello'.

Lee Tae-ri starred as a math genius, Dong-ho who has superpower to teleport between spaces. and jump between universities in UK and Korea and Bae Noo-ri took on the role as Na-rae, who has failed her 13th job interview with a major in philosophy from a local college.

It is a fantasy romance that depicts youthful hope and passion by a man who can go everywhere any time and a woman who cannot go anywhere.

People say they finally satisfied their unfulfilled love from "The Sun and the Moon" in the online drama, 'Teleport Love'.