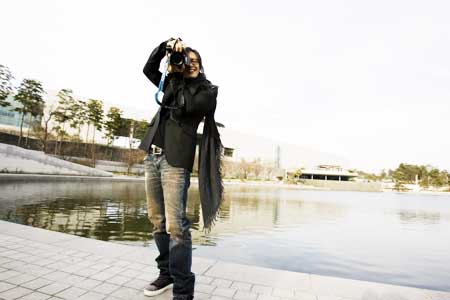 Stills from Bae Yongjoon's documentary on Korea are seen. / Courtesy of MBC Plus Media

Hallyu star Bae Yong-joon's book "A Journey in Search of Korea's Beauty", which was a huge hit reflecting Korean culture and traditions, has been made into a documentary. The program will be aired on MBC LIFE starting Jan. 8, every Saturday at 11 p.m. for eight weeks.

The documentary is divided into eight episodes, each tracing Bae's journey to explore the country's culture, art and traditions.

The program introduces pottery master Cheon Han-bong, hanbok (traditional Korean costume) designer Lee Hyo-jae and pansori (Korean traditional vocal and percussional music) master Yoon Jin-cheol. These virtuosos do more than just simply recount the details of their specific area of skill; all serve as guides, linking and exposing the world to the country's true beauty hidden beneath the established practices. 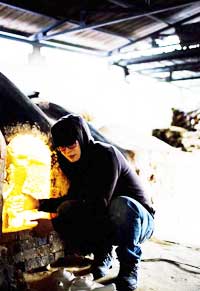 In addition to portraying Bae and the specific route he took, several foreign dwellers have participated in the documentary. MBC LIFE producer Lee Jae-moon deemed this opportunity as a shortcut to arouse interest among other foreigners.

"Our plan was for the world to perceive Korea's beauty through this program. Since most natives are already aware of the country's underlying grace, we thought that portraying Korea through the eyes of a foreigner would enhance the ability for others to relate to the experience", Lee said at a preview of the documentary Wednesday.

Despite its title as Bae Yong-joon's documentary, Lee mentions that the star's appearance and the primary photos he took makes up only about one third of the film. Although the producer is anticipating disappointment from Bae's fans, he explained the reason behind his decision by clarifying his main objective which was to simply depict the Korean culture thoroughly presented in the book.

"I thought Bae had captured the precise essence of Korea's nature. So I asked myself, 'Wouldn't making this into a documentary be a great way to raise awareness of our culture?'" he said.

He did not want the focus to be on Bae, but rather, expected to lure a bigger audience through Bae's contribution.

Moreover, many famed musicians have participated in the documentary's soundtrack. This includes Kim Joon-seok, music director of the 2008 movie "A Frozen Flower", female R&B group Big Mama, soloist Lee Ki-chan, girl group Rainbow and music director of the phenomenal drama "Sungkyunkwan Scandal". (2010) Park Sung-il. With their help, Lee hopes to not only tell the world about Korean culture but also of the nation's talented singers and actors.

Producer Lee aims to make the program a cultural inspiration for all. Up until now, only individual celebrities have been globally recognized. Lee strives to surmount that principle. "It's time our Korean culture shone with dignity", he said.

Uliana Park is a Korea Times intern. She can be reached at ulianapark@gmail.com